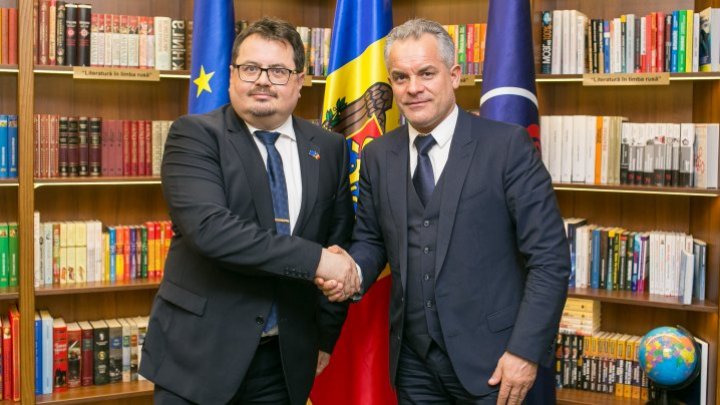 Vlad Plahotniuc, the President of Democratic Party from Moldova hold a meeting with Peter Michalko, the chief of the EU Delegation in Moldova.

The dialogue was based on many actual topics, among which, the PDM priorities in different spheres, the modification of the press code, evolution of the transnistrean reform, Justice reform, PDM position according to the Chisinau elections, as the PDM president confirmed the necessity of the pro-European forces to support one candidate, thus, the Capital will be safe.

The officials also discussed about the PDM responsibility to maintain the European way.

The discussions took place in a constructive and opened atmosphere, at the central headquarters of PDM.