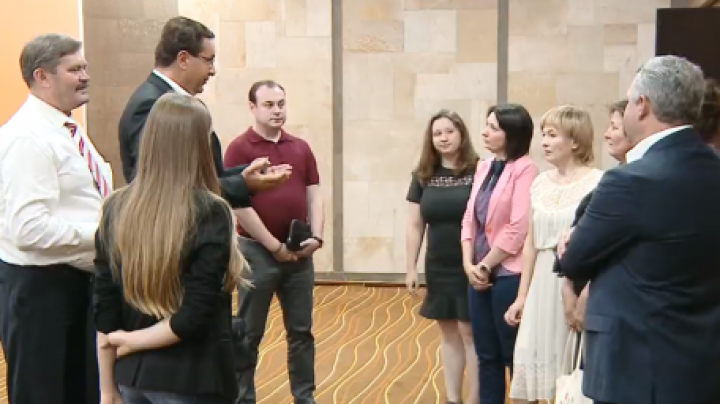 The president of the Democratic, Marian Lupu, has met diaspora representatives. In a casual atmosphere, the politician discussed on domestic and external policies with the migrants.

The decision to have a ‘no tie’ meeting was not made by chance.
The Democratic (PDM) leader thought it was only in an informal reunion that one could have a sincere and constructive conversation.

"The ones from here see one reality, while the ones that have left see another reality and make the difference. No matter how big the state’s desire were to accomplish all wishes of the people, no state in the world can attain such a level without the involvement of the civil society, until everyone of us gets involved," said Valentina Jeamănă, a Moldovan settled in Italy.

They also talked about the reasons determining the Moldovan migrants to periodically return home and participate in steering the country’s destiny.

"Maybe our children's children will feel at home there. We feel foreign anyway. Although we have double citizenship, we have jobs, we are respected, but we’ll always long for home. We want to see our Moldova prosperous," said Oleg Boghenco, a Moldovan resident of Portugal.

The reunion was held within the context of the seventh Diaspora Congress, which takes place every second year.