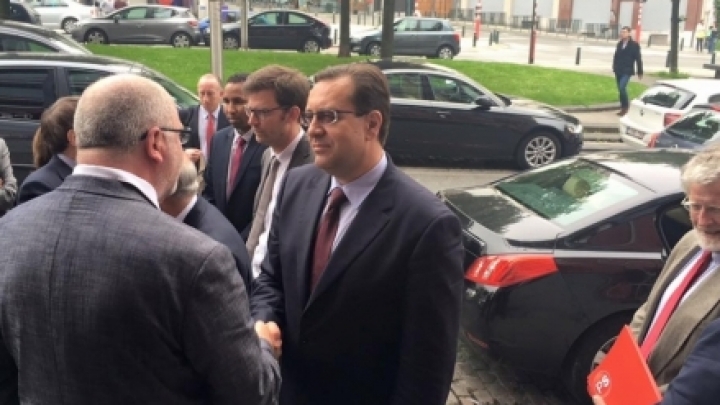 The president of the Democratic Party from Moldova (PDM), Marian Lupu, as a vice-chairman of the Socialist International (SI), attended the sitting of the Committee on Inequality, a structure of the SI, which gathered in Brussels on June 4.

Drafting an action plan on reducing economic inequalities at regional, national and international levels was tackled at the reunion.

As an SI vice-chairman responsible with Eastern Europe and the CIS, Marian Lupu made a general presentation of the social and economic situation in the area.

The new challenges of the world economy and the factors leading to the increase of economic inequality were discussed at the reunion.

Issues as social justice, healthcare, climate change, migration, education etc. were touched upon at the meeting.

The SI council is to convene earlier next week in Geneva, as the Committee on Inequality will have a new sitting to work out the document and hand it the Socialist parties as a cornerstone, a solution and an action plan regarding the world economic inequality.