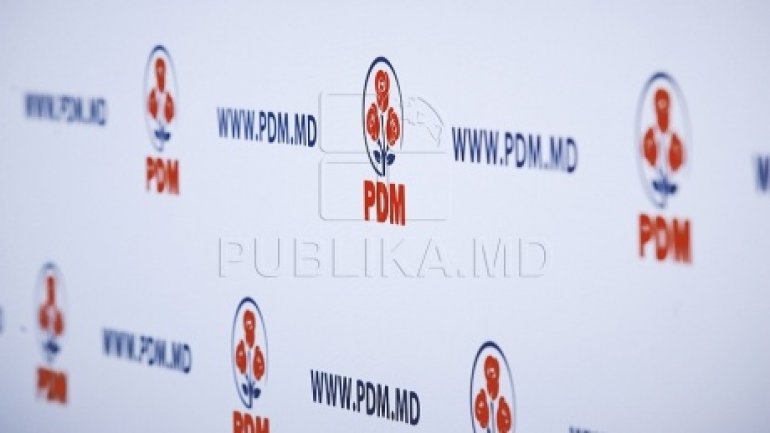 The Democratic Party from Moldova (PDM) is astonished to take note of the attack improvised by several mayors, who claim distributing money for localities would be done by political criteria. Even though some would believe they have suffered because of electoral preferences, one must remind that the procedures of obtaining financing last months, sometimes years, but Maia Sandu has become but recently a presidential candidate.

It’s a pity there are mayors, people implying seriousness, who let themselves manipulated or victimize themselves artificially and lie with obvious political purposes.

Everybody from Moldova knows the country was left without external financial assistance. This is why most localities were left without the developing funds they were expected. The Filip Government has done its best to secure a new deal with the IMF, which would unfreeze the financing from the EU, the World Bank, this is also what the local mayor offices expect.

In this entire story it’s interesting to note that Maia Sandu asked the IMF to deter Moldova’s financial assistance, thus, the local development projects. She is perhaps supported by the mayors who do not understand or do not follow these issues. Or, namely the embezzlements committed by the PLDM political mates of Mrs. Sandu, when she was under Mr. Filat’s management, compromised the foreign partners’ trust for Moldova.

That is why, taking into account we are in a year marked by financial austerity, we appreciate that over 400 Moldovan mayors back Marian Lupu, the PDM candidate, for president. We are certain the support is based on our candidate’s pro-European platform, on the trust in his experience, in the fact that he is going to bring funds to develop localities.

"Everyone runs his campaign as he sees fit, but this does not mean one should throw dirt at other mayors and state authorities. Over 400 mayors support Marian Lupu because they want a president reliable for local development. We don’t complain with Maia Sandu and make ugly insinuations. As mayor of Hîncești, I confirm the Government fairly offers support for local projects from all over the country. But one must realize it’s impossible to please everyone. It depends how active and efficient the mayor is," Botnari said.

He called on his colleagues to keep working and not hinder the local development by election campaigning.

We also notice that the attack of Maia Sandu’s partisans on the issue is timed with the attack of Igor Dodon, whom we consider the pivotal danger for Moldova’s European course.

These negative campaigns are disqualifying for the above-mentioned candidates and it’s important that the pro-European should punish them at Sunday’s ballot.