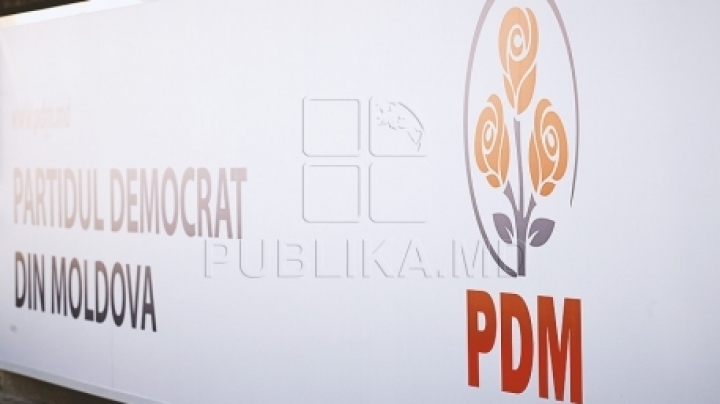 Infrastructure development of villages and attracting European investments in education must become a priority for central and local authorities. Democratic deputies have sent this message to officials and locals in Cantemir in the "Together we are stronger" campaign, launched by PDM.

Democratic Party of Moldova European Caravan arrived in peasant village, where City Hall is looking for a solution for merging the kindergarten and the local gymnasium. Otherwise, teachers say that the school could be closed.

"We decided to optimize, to merge, the kindergarten with the school,to reconcile all parties. Parents will be calm and we can work peacefully" , said a resident of this village.

"Parents, grandparents want good condition. I think it is a good solution to reorganize the kindergarten building because I saw it and I realized that it is very old" , said DPM MP Valentina Stratan.

Locals hope to achieve financial support from the European Union in this regard: "The education in all areas of Europe is welcome, there is no corruption"

"The Parliament and Ministers' work is obvious. They started taking the first steps towards achieving this major goal and I hope that sooner than latter we will see ourselves as Europeans at home" , said Ecaterina Zagorski, director of Chioselia gymnasium.

PDM team was in Cirpesti village where the problem of pensions and wages of young specialists was discussed.

"We have the educational reform, for higher education institutions to take the amount necessary of students, and not like half a million students are accepted but only a hundred thousands have jobs" , said DPM MP Constantin Ţuţu.

"Maybe we could save ourselves, but with the EU  help it will be a faster way of development" , said Ion Bazu, mayor of the Cirpesti village, Cantemir district.

Democratic Party of Moldova team's next destination within the "Together we are stronger" campaig is Ungheni.