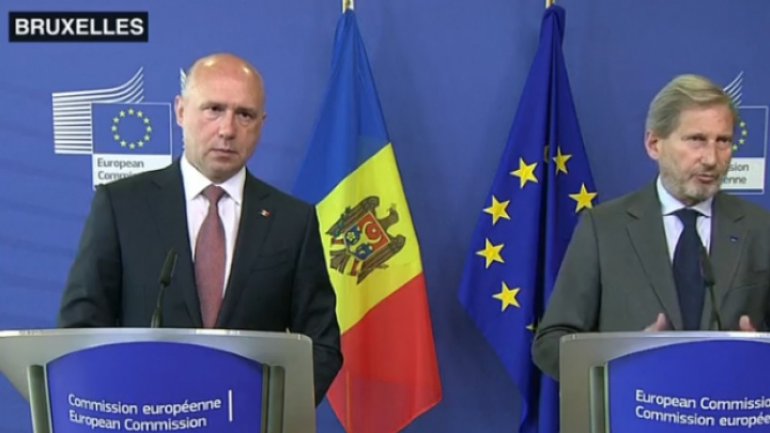 The visit of the deputation of the Democratic Party to Brussels is a step forward in strengthening the relationships with the foreign partners. The appreciations of the European parliamentarians motivate the Moldovan authorities to step up the pace of the reforms.

The opinions were uttered at a talk show on Publika TV last night.

The PDM’s spokesman Vitalie G[murari said it was important that the European officials were informed on the situation in the country by the responsible authorities and not by romors and allegations.

"One showed the results achieved by the Chişinău government in short terms and they were appreciated, except for the politics which is related to the European Parliament.

EU representatives clearly stated it: yes, there is progress in a short time, after a long period of political chaos," he said.

"Perhaps due to the multitude of problems the EU copes with, it may miss some details related to the Moldovan reality. They are probably informed by other people, who are interested to show but a part of the reality," said political scientist Alexandru Solcan.

"It’s benefic there is this opportunity to talk to the ones managing the Cabinet, with the ones implementing the reforms. Moldova is seen as a country which have made a big stabilizing effort," said economist Roman Chirică.

PDM leader Vlad Plahotniuc led the delegation to Brussels on a two-day trip.