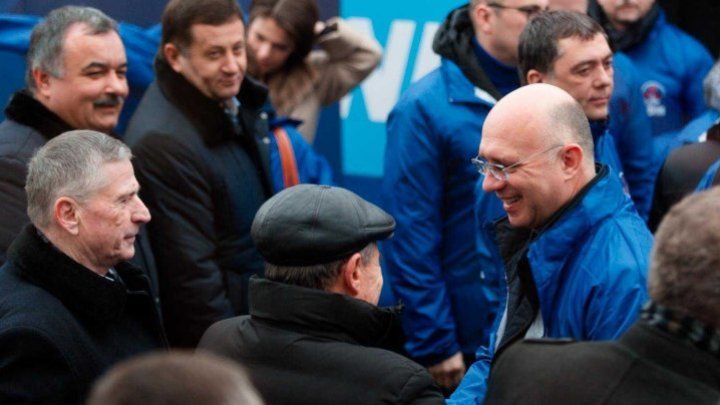 New jobs and better conditions for business must be created, declared by PM Pavel Filip during some meetings with entrepreneurs in Cimişlia.

The official urged them to continue expand their businesses as reforms will support them.

The PDM delegation headed by Pavel Filip arrived in Basarabeasca and Cimişlia to promote the candidate on constituency 40, Dumitru Diacov.

PDM members also visited a British brand clothes factory in Cimişlia. The factory was opened a year ago and has 140 employees.

The investments were made by a couple of foreign citizens: British, and Romanian.

"As the Prime Minister said, he has brought many investors. He brought a big investor to Balti and that investor convinced us to come here as this's good country to develop business", said Laura Soloduhin, an investor.

Pavel Filip met with other businessmen from the district. The official discussed with them the pro-business program, the fiscal amnesty and reduction of number of control institutions, reforms aimed at creating better conditions for business.

The representative of a poultry factory raised another tax issue. The woman says she is charged 8 percent when she buys grain and pays 20 percent VAT when she sells the finished product.

"Indeed, we are obliged to take credit to take this VAT," she said.

"It is a question I have heard a thousand times, and the task of the Finance Ministry is to come up with a concrete proposal to solve this problem."

The PDM delegation visited the villages of Abaclia and Sadaclia in Basarabeasca. The candidate of the Democrats in this constituency is the PDM honorary chairman, Dumitru Diacov.

"I have a program I consulted with all the mayors of this constituency. We have built the program for the next four years. Of course they are very diverse such as roads and schools and sewerage and drinking water , things that need to be done in this area, "said Pavel Filip, PDM candidate on the constituency 20.

For constituency 40, Dumitru Diacov will compete with five other candidates, including Socialist Petru Puşcari, Domnica Manole from PAS-PPDA Bloc, or independent Gheorghe Răileanu.