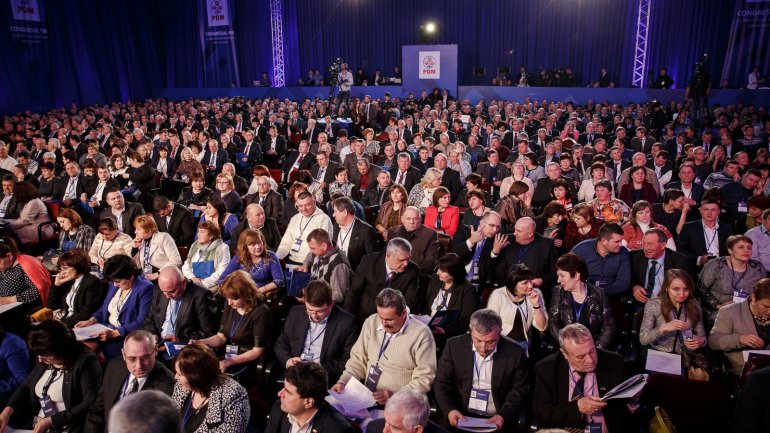 (9:00) Democratic Party convenes today at the eighth congress of the party. PDM members will elect a new leader. This happens after the PDM leader Marian Lupu submitted his mandate.

At the eighth Congress  of DPM are expected over 1,200 people - members of the party delegated from districts, public figures of Moldova, honored guests from abroad, with representatives of partner parties, representatives of diplomatic missions accredited in Chisinau, leaders of civil society.

Democratic Party of Moldova is one of the most powerful political party in the country. It was created in February 1997 with the name Movement for a Democratic and Prosperous Moldova. PDM is a center-left party, which promotes equality, solidarity and freedom in society.

Since its founding until the summer of 2009, the party was led by Dumitru Diacov subsequently the leader of the Democrats becomes Marian Lupu, who was chairman of Parliament in 2005 - 2009. Lupu is Vice President of the Socialist International, and in November he was elected co-chair of Euronest Parliamentary Assembly. Following the parliamentary elections in 2014,PDM reached the legislative, after gaining about 16 percent of the vote.

The faction has 20 MPs and the PDM vicepresident, Andrian Candu, is the head of parliament. After the 2015 local elections the Democratic team had 396 mayors and about 3,000 municipal, district and local councilors, and 11 districts in the country are led by members of PDM.