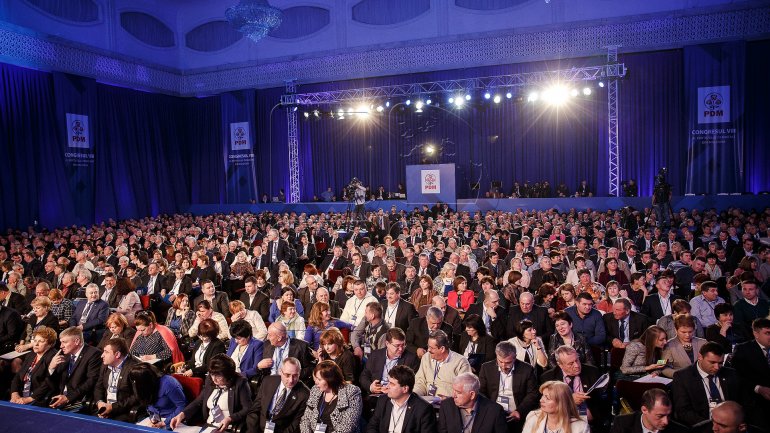 Democratic Party of Moldova will consolidate its forces to be closer to the people. The leaders of the political party are convinced that only this way our country will prosper and people will have a better life.

Parliament Speaker Andrian Candu said that the European course of the country remains the key point on the agenda of the Democrats.

"Today, PDM is the guarantor of reforms that we have undertaken in front of the people and foreign partners. The mission of PDM is to protect our national interests. These interests are related to continuing our journey to the EU, to the rise in living standards for families, defense of our sovereignty" said Candu.

And prime minister Pavel Filip revealed changes in the party leadership, as a confirmation of the capacity development of the party:

"I think it is the first political party which demonstrates that the parties are not owned by presidents. Which are funded by them and go with them to the decline of these parties. To modernize Moldova. I believe that PDM has the required capacities."

In turn, some delegates stressed out that the force the Democratic Party is the ethnic and cultural diversity of its members.

"Let me welcome you on behalf of all ethnic groups in our country. Only by integrating the representatives of all national minorities in the country we can face all problems" said Maria Macovei, a resident of village Nihoreni, Rascani district.

And Marian Lupu, who transmitted the PDM leadership to Vlad Plahotniuc, said that the party's success is due to party members, primarily those from the territory:

"Mayors, district presidents, in fact, regardless of political or administrative status, our strength lies in the intelligence of our ranks, in human resources of a very high quality. The Democratic Party became the largest team, No. 1 in the territories" .