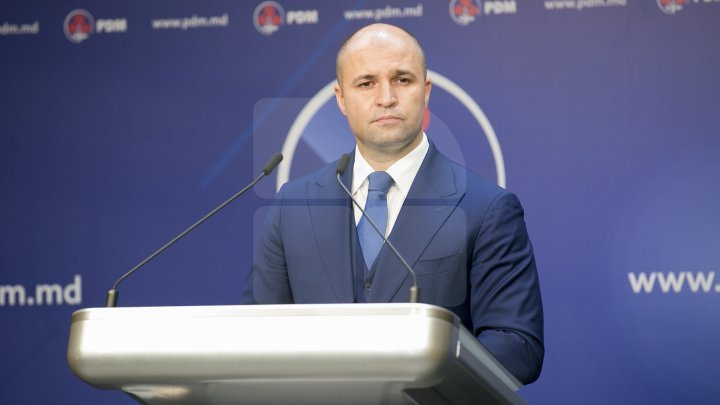 Vladimir Cebotari was born on November 7, 1980, in the village of Sadaclia, Basarabeasca, RSS Moldoveneasca, USSR. Between 1987-1998, he studied in Chiperceni general school then general culture school No. 2 from Orhei. In 1998 he holds the baccalaureate at the 'Gheorghe Asachi' Theoretical High School in Chisinau and is admitted as a student of the Faculty of Law, the Economic Law Specialty of the International Free University of Moldova, which he graduated in 2003. He took an MBA (Master of Business Administration) at Newport American University. He is now pursuing his studies in economics and management at the London School of Economics and Political Sciences, UK.

In 2003-2005 he worked as a legal adviser (lawyer in civil and commercial cases) within the Associated Lawyer's Office 'Solomon', in Chisinau. In August 2005 - November 2005 he was a main consultant in the Information-Analytical Direction of the Apparatus of the President of the Republic of Moldova. From 2006 to 2011 he served as secretary of the Board of Directors of the S.C.A. 'Air Moldova' and director of the Legal Department (at the same company). In September 2008 - September 2009 he was a counselor of the General Director of the Transport Agency in the field of air transport and coordination of the projects of the Transport Agency, of national priority. Between 2008 - 2010 he was chairman of the Board of Directors of S.A. 'Gara de Nord'.

From December 2011 to June 2013 he was director at the Civil Aeronautical Authority of the Republic of Moldova. From June 2013 to April 2015 he served as Deputy Minister of Transport and Road Infrastructure, at the same time, between January 2014 and July 2014 he was Chairman of the Board of Directors of the S.S. 'MoldATSA'. In April 2015 - July 2015 he was general director of the state-owned enterprise 'Calea Ferata din Moldova', and on July 30, 2015 he was invested as Minister of Justice of the Republic of Moldova in the Strelet Government. Vladimir Cebotari is married, has two children. He knows the languages: Romanian (native), Russian, English and French.