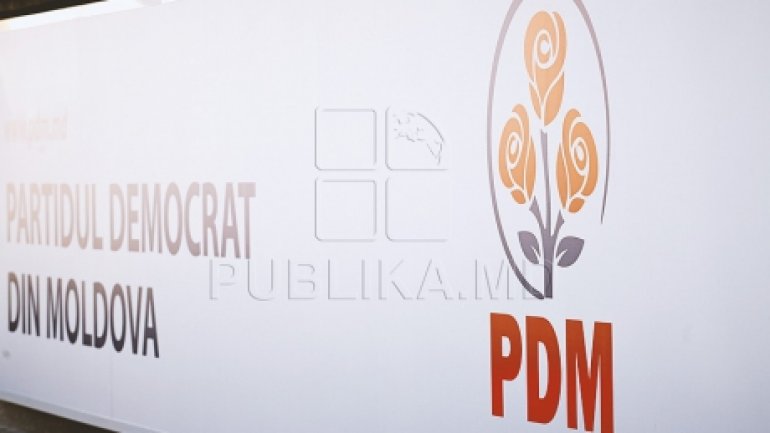 The Democratic Party of Moldova filed a complaint at the Central Election Commission accusing serious violation of the electoral code and indicates the presence of an element of an offense under the Penal Code in Dumitru Ciubasenco's actions, candidate of the "Our Party" formation for the position of head of president.

Thus, the complaint filed by PDM indicates that Dumitru Ciubaşenco appears  in some video clips at a series of meetings with voters in which several municipalities receive donations worth 100 thousand lei from Renato Usatii who is also a trustee of the PPPN candidate. The electoral character of these spots is given by the fact that all these meetings Dumitru Ciubaşenco is explicitly presented as the candidate from "Our Party" for the presidency.

It should be noted that these spots were published before the start of the election campaign. Thus, it is obvious the campaign started against article 47 par. (3) and Article 105 of the Election Code.

Moreover, offering or giving money, goods, services or benefits in order to determine the voter to exercise his rights voter in a certain way in the elections can be qualified as bribery of voters and covered art. 1811 of the criminal Code.

The article refers to preventing the free exercise of electoral right or electoral bodies' activity.

In these circumstances, PDM has asked the Central Electoral Commission  to urgently examine these violations of the Electoral Code and the Penal Code and impose penalties provided by law. In this sense, PDM seeks a declaration of presence of elements of the offense provided by the art.1811 the Criminal Code (Corruption of electors) and to inform about this the Prosecutiors Office.

At the same time, PDM askes fo the information of the Fiscal Inspectorate of State and/or the Court of Auditors in order to establish the provenance of 500,000 lei donated at events broadcast by video spots released by President of PPPN party,  Renato Usatîi and research grant such other donations during the election period.