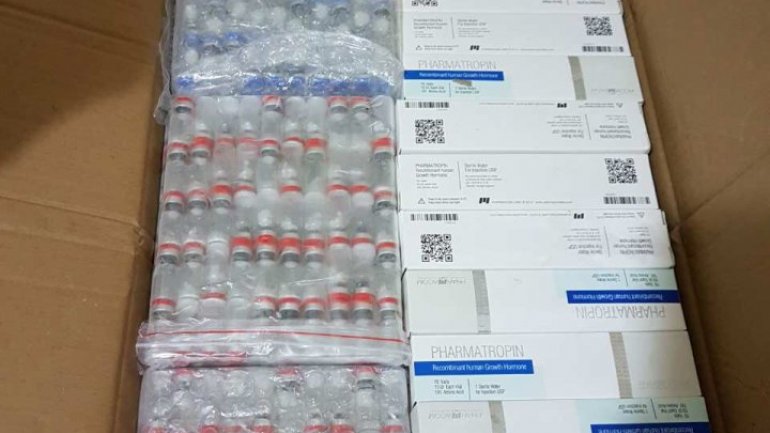 13 Moldovans, including a customs officer, were detained, accused of producing and selling counterfeit anabolic products.

According to prosecutors, the criminal group began its activity in 2014 and the first members were detained in August.

"The orders were mostly made on internet, through sites maintained and promoted by the members of these groups, and then trade was carried out in the West," said Deputy Prosecutor PCCOCS Valeriu Bodean

Subsequently, 13 people were detained, one under judicial control, and other three people, including the leader of the group, were announced in international search. The prosecutors found that a collaborator of the Customs Service was also involved in the criminal scheme.

"It is suspected that using the service situation has facilitated the introduction of an enormous amount of anabolic products on the territory of the country. At the moment, investigations continue to detect other customs officers in the scheme," said Head of Customs Service, Lilian Marc.

The people involved in smuggling with counterfeited abusers are citizens of the Republic of Moldova. They risk up to 10 years in prison.