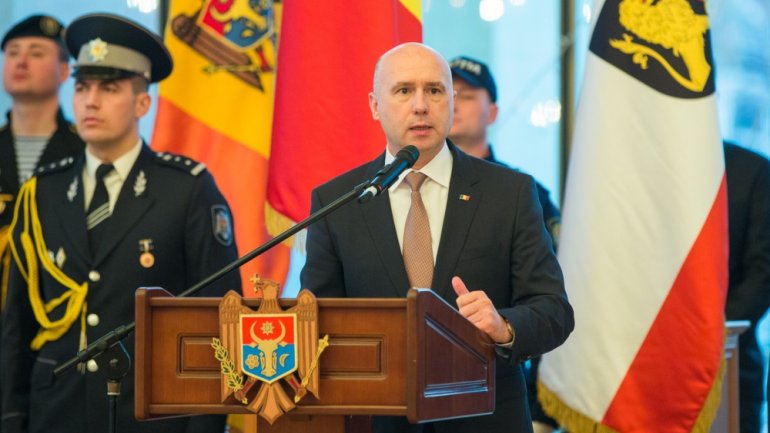 Prime Minister Pavel Filip participated yesterday in forum "Police in the service of society" dedicated to 26th anniversary of the creation of the Moldovan police.

In his congratulatory message, the prime minister said that the role of the police is essential for ensuring citizen security and the fight against corruption, and the future of our country will be a better one, if the professionalism and fairness of public employees will be stimulated.

In the context, Pavel Filip referred to the importance of police training, and their proper equipping, for the building of the patrol, response and intervention capacities.

"Dear policemen, I have a great respect for you because you are the front line in the war against lawlessness. I know that the Government is aware of the role and mission of the National Police and we will do everything for modernizing and professionalizing it. We will make police a modern institution that can respond proactively to the needs of citizens" said the chief executive.

The head of the Ministers' Cabinet said that all measures to modernize the National Police would not be possible without the support of development partners.

"Thanks to the support of EU countries, and the US, Police in Moldova has managed to increase its operational capacity and is currently more active in investigating cross-border crime. I wish you many achievements in the work you are doing and do not forget, we are a solid team that has to face the challenge to modernize Moldova" said Pavel Filip.

National Police has about 10,000 employees and in its subordination are two National Inspectorates, 54 territorial police stations and other specialized subdivisions.