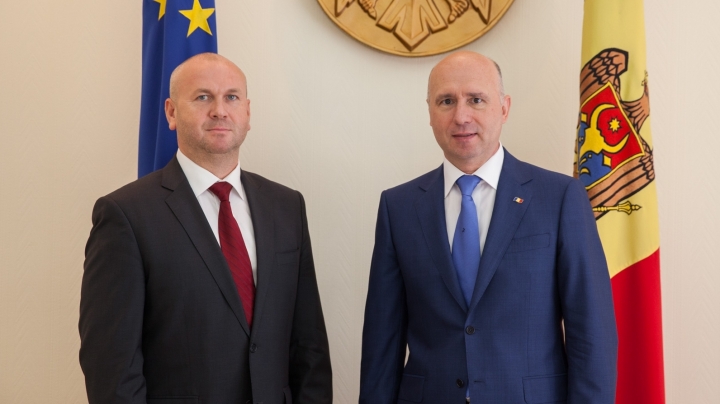 Prime minister Pavel Filip will be counselled in the fight against corruption by the former director of Polish Anti-corruption Bureau. Pawel Wojtunik has been nominated by the European Union to help Moldovan Government in the implementation of the primary reforms and the provisions of the Association Agreement with the EU.

The Moldovan Prime minister and the EU councilor had already some discussions regarding the fight against corruption in our country and the international experience in this field.

Pavel Filip gave assurance that the Government is determined to fight against this phenomenon.

Pawel Wojtunik has specified that this is a joint problem for the international society, but not all countries are admitting this.

From 2009 until now, the EU expert had excellent performance as a director of Anti-corruption Central Bureau in Poland.