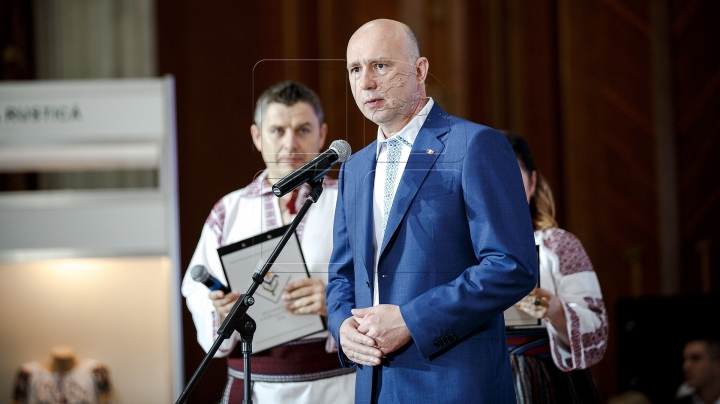 At the first edition of the National Day of Traditional Costume was also present the Prime Minister Pavel Filip.

The event has the intention to valorize authentic traditional costumes and to promote the knowledge of the component parts of the costume and of its symbols.

In his message, Pavel Filip has extended his thanks towards the minister of Culture, Monica Babuc, for her involvement in this kind of day in which we can celebrate our traditional costume. Pavel Filip has underlined the fact that the Day of Traditional Costume is an event for the soul for Moldova and it will unify even more the ethnic communities who live in our countries.

Also, the prime minister has congratulated all masters who contribute to the manufacture of new traditional costumes and all people who promote the national costumes.

The National Day of the Traditional Costume is a part of the National Programme of the events dedicated to 25 years of independence of Moldova, being a national holiday instituted by the Parliament of Moldova, at the initiative of Ministry of Culture.

According to the Parliament decision, the last Sunday of June is declared "the Day of Traditional Costume".