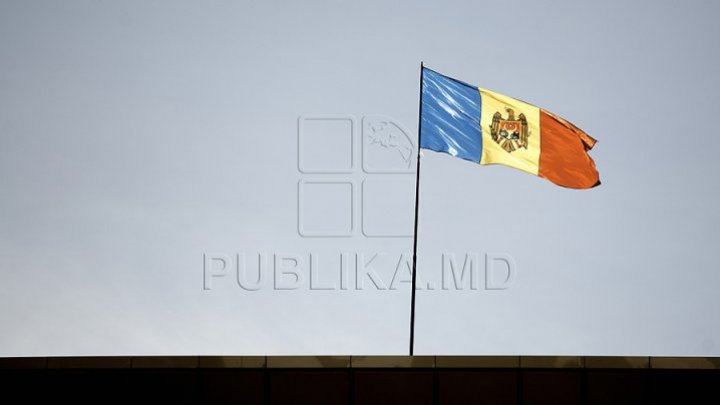 Republic of Moldova is celebrating State Flag Day. On this occasion, Prime Minister Pavel Filip gave an emotional speech in front of soldiers. The ceremony took place at the Ministry of Defense.

"I am honored to be here today, to celebrate State Flag Day, this is an occasion for us to be proud and happy. It is no coincidence that we have gathered here today, as the motto of the Armed Forces is For Honor, For Moldova, For Tricolor. You understand the true meaning of the State Flag as the symbol of return to our historic roots and national values.

Tricolor was officially designated as the State Flag on 27 April 1990 in place of the Soviet one, representing courage and freedom. Especially since this moment came after thousands of people, enveloped in tricolor, demanded it. State Flag makes us remember of those who fought and even gave their lies defending the country. Of our predecessors' courage and the hard road to independence.

Under the Stage Flag we took the most important decisions in Moldova's history. Choosing to defend our independence and adherence to international organizations. I am always emotional during ceremonies where young soldiers or officers swear to defend this land to their last breath. We, the Government, have also sworn in front of Tricolor, as we would in front of a higher court, swearing to do everything possible for the benefit of the citizens.

Our sportsmen are inspiring me, when they proudly wear our state flag at international competitions. I melancholically watch our citizens leaving abroad, taking with them the tricolor, as a token of our country, memories and people dear to them.

I fell the courage of our young soldiers, who honor tricolor and proudly wear it in peacekeeping operations. In your hands the state flag ceases being a simple linen, but gains a soul and for this I thank you. Patriotism and love for the country are strong declarations. Patriotism is what our soldiers do every day. This is true patriotism, I wish for all of us to love our country like this, to do our duty honorably.

State Flag Day is the moment when all of us think of unity, because regardless of your political views, we are all equal under tricolor. I recently saw politicians who try to separate us, try to set barriers between us, on extreme positions. I believe those politicians to still be equal in front of tricolor. The state flag is not theirs to split, this flag belongs to the people and to those who sacrificed their lives, to those who knew to wear it with pride and respect.

Dear soldiers, I cannot but mention the reforms of the Armed Forces, which the Ministry of Defense worked hard for. We wish to build a standing army, with soldiers hired by contract. I wish to assure that you have the Government's full support. I wish to thank you, in the Government's name and I believe in the citizens' as well. If you have ever noticed, the flag never sways if there is no wind. This is symbolic, as a country is the same, it requires dedicated people. Honor to Tricolor!" Prime Minister Pavel Filip said.