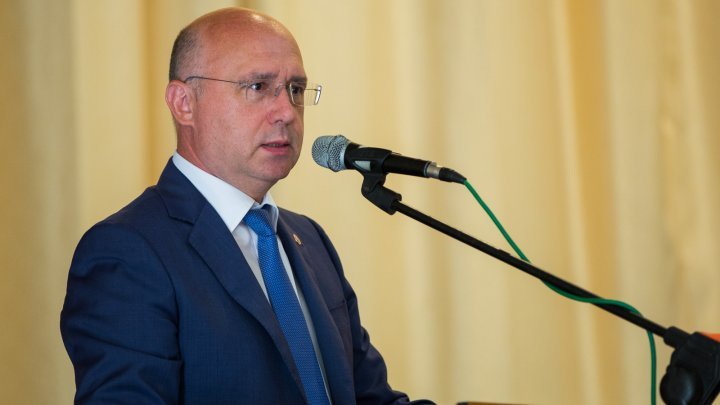 Damaged roads, lack of doctors in villages, issues of auctions for food in kindergartens are subjects tabled in a new meeting of Government in Leova. The members of the Executive, headed by Prime Minister Pavel Filip, went to the locality.

At the hearing, representatives of local public authorities and citizens spoke about the problems they were facing and asked for direct help from the ministers.

"It's 120-124 km long to reach Leova-Leuşeni route. In economic point of view, we need better road without mud. The construction of Leova-Leuşeni road would be not bad".

"We really know this problem. This needs to be addressed to experts, district president. We're discussing with our colleagues from regional development and if this substitution of the road from Sârba to Sărăteni is really confirmed, I believe that we can go futher", said Anatol Usatâi, State Secretary, Ministry of Transport.

"We have difficulties with the economic agents. Our request and wish is to create an enterprise at the state level to deal with the food in kindergartens".

Another problem concerns the lack of doctors in hospitals.

"The next reform in the health system will focus on the need of quality medical services of citizens", said Premier Pavel Filip.

The prime minister also spoke about the reforms already initiated by the Government, such as: First House, the Good Roads Program for Moldova, the diminishing of the control institutions. Pavel Filip mentioned that solutions will be proposed for all the problems mentioned.

"The visits to the territory are completed with an action plan which includes time schedule and coming solutions to problems discussed", said Pavel Filip, prime minister.

Members of the Cabinet of Ministers have one day per week devoted to field trips to get more involved in resolving the acute problems in each district.