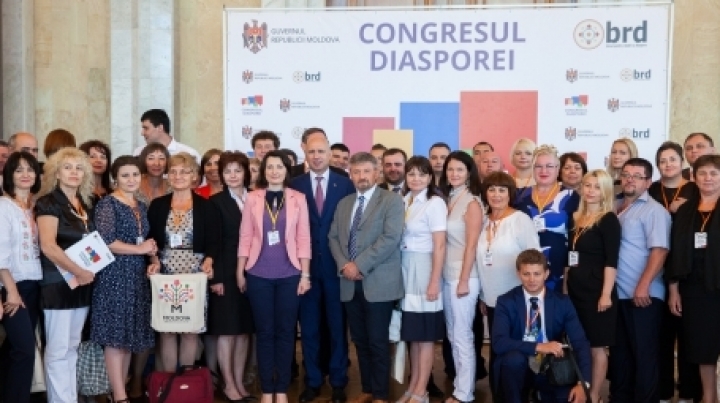 Prime Minister Pavel Filip has called on the diaspora to support Moldova’s European path, getting together with the government in implementing the objectives of bettering the citizens’ lives.

The appeal has been launched today at the opening of the 7th edition of the Diaspora Congress attended by Moldovans from 28 countries.

The Premier says one has worked much in 2016 to regain the citizens’ and the development partners’ trust in the state institutions, as the results are already seeable.

"We have become trustworthy in the external partners’ eyes, we’re genuine associates of the European Union. The International Monetary Fund is going to lend us a substantial amount. Romania has unblocked the loan. The World Bank is ready to offer more loans, as the positive examples may go on and will go on," said the Cabinet Chief.

Pavel Filip has underlined the Government works on implementing important reforms aimed at changing the life standard in Moldova and at persuading the Moldovans from abroad to return to the country.

Presently, the authorities are open for dialogue and will provide all the support needed to help migrants reintegrate into society. “My big personal wish is that you, the Moldovans from the diaspora, came back, started new businesses, invested. We can make Moldova grow together, we have a duty to the family and the country we have grown in,” the Premier said.

He urged them to get actively involved in developing and implementing state policies and come up with proposals to better the situation in the country.

“I’d like to ask and tell a thing: trust Moldova, because it is stable, becoming predictable and grows. I want us to become the success story again. We have lots to do and we realize that, but, at the same time, the necessary capacity and potential are there to get together our forces and manage to make the Moldovan dream real,” Pavel Filip concluded.

The diaspora representatives have talked about their challenges, about the importance of capitalizing on the intellectual potential of the diaspora and of involving it into the state’s works. They show openness to participate in drafting development strategies and have made a series of suggestions as to modernizing the country by borrowing good international practices.

The Diaspora’s Congress is held once in two years by the Diaspora Relations Bureau, under the patronage of the Government.