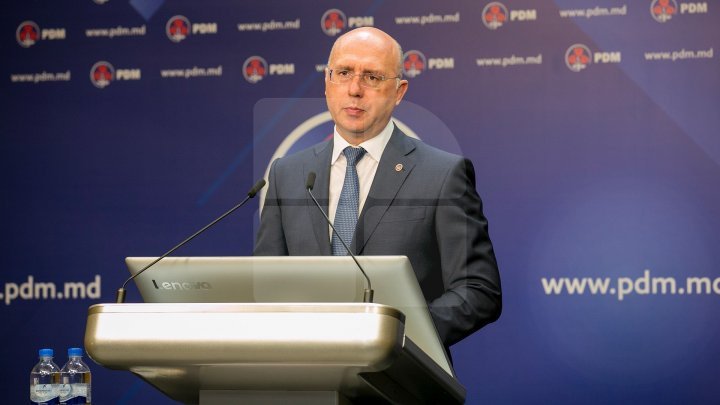 Everyone likes to speak everything they like but nobody cares about arguments and evidence. This is the comment of Premier Pavel Filip on accusations of DA supporters that Vlad Plahotniuc's relatives would be behind the deal with the Guguţă café.

"There is something in Moldova which is not behind Vlad  Plahotniuc. I spoke in a conference that I am more pragmatic and let me quote the words of Henry Ford: I believe only in God, the rest need to give me arguments and demonstrations, for the time being, I don't see any arguments. Everyone likes to speak everything they like but nobody expresses arguments and evidence. It is easy to become a hero in Moldova today by accusing Mr. Plahotniuc of everything what is happening in this country. I do not know details, but this project also falls within the legal limits that exist in the country, "said Pavel Filip.

We recalls that DA supporters organized a protest in front of City Hall against demolition of Guguță cafe in downtown Chisinau.