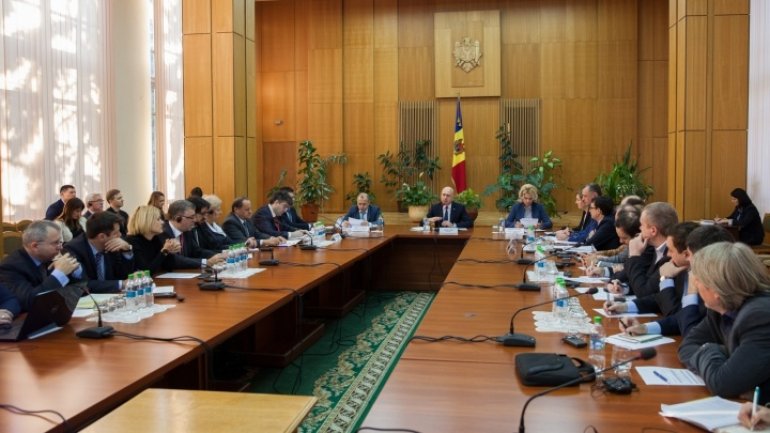 Prime Minister Pavel Filip has chaired the sitting of the Public Administration Reform Council considering the progress it had made.

The Premier underlines the public administration reform is a pivotal priority on which contingent reforms depend, as provided by the Moldova-EU association agenda and the IMF program.

"The system must serve the citizen: this is the key principles the public administration should lie upon," he said.

Pavel Filip says the system must be reformed so as to attract highly-trained professionals and to offer them a motivating remuneration.

The restructuring will start from the State Chancellery, which is to be reorganized till the end of 2016, to be followed by the restructuring of the central bodies (ministries and agencies) and the local public authorities. The entire process is to last till 2020.

Particularly, the Government wants to provide internet access to all its documents. As for the public services, the Premier insists they must be as comfortable and as accessible as possible to citizens and companies, and also cost-effective.