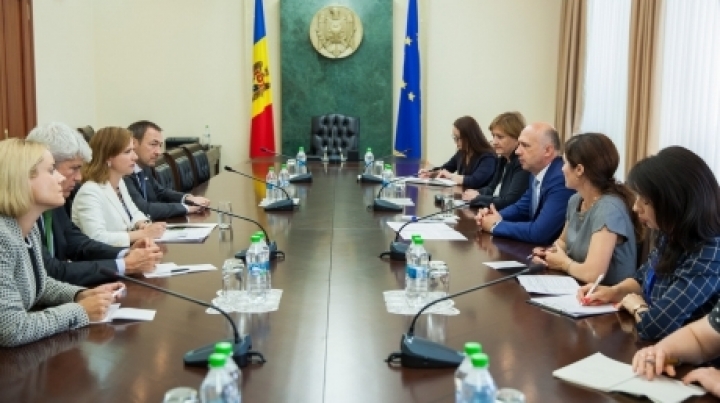 Prime Minister Pavel Filip held a meeting with President of the National Council of the Federal Assembly of the Swiss Confederation, Christa Markwalder, where two officials discussed the Moldovan-Swiss relations and perspectives to deepen Moldova and Switzerland’s collaboration.

Prime Minister Pavel Filip welcomed the Swiss official visit in Moldova, in particular the fact that it takes place in the context of the celebration of the 25th anniversary of Moldova's Independence. "I consider this visit as a sign of respect for our country. The partnership with Switzerland is important for Moldova, which we love very much," the prime minister said.

The Prime Minister also expressed gratitude for the support given to Moldova by Swiss government through various development projects, highlighting the programs implemented by Swiss Cooperation Office in Chisinau, which has carried out several projects in health, infrastructure, water supply. In particular, Pavel Filip referred to assistance programs for the Moldovan Diaspora. The head of government stressed that the main objective of the Government is the country's economic development so that the Moldovan citizens living abroad to return home and wish, in this respect, the support of the Swiss partners, which is very important and necessary.

At his part, Christa Markwalder said that her country undertook projects in Moldova are successful and bilateral cooperation will continue. Christa Markwalder noted that the reform agenda undertaken by the government in Chisinau is ambitious and reiterated Switzerland's willingness to support this process, expressing conviction that our country has great potential to be exploited.

The President of the National Council of the Federal Assembly of the Swiss Confederation, Christa Markwalder, is on a two-day visit to Moldova where participates in the festivities organized by the Moldovan Parliament on the occasion of marking the 25th anniversary of Moldova's independence .