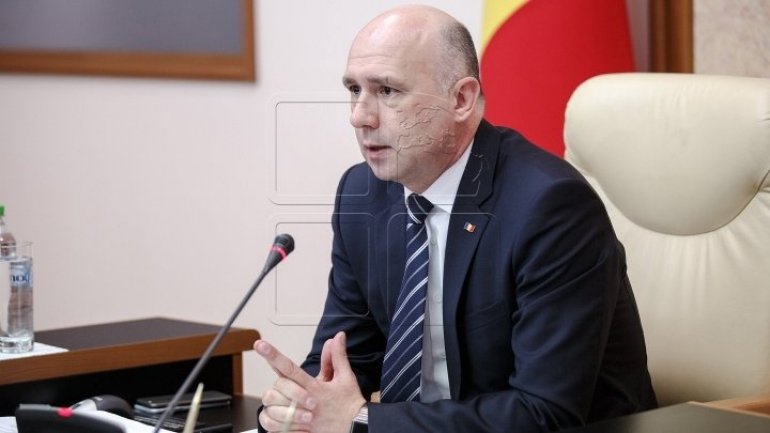 Pavel Filip has declared at the common session that organizing a meeting of Parliament- Government is a good practice that has already proven to be efficient.

"It is good to balance our actions. I am glad that together, we have managed to make a single plan and attain the desired results. We mostly concentrated on completing the European Union Association Agreement, therefore taking in consideration the Government's reforms, we will create a plan of action in November for 2017-2019" Prime Minister mentioned.

Chief of Cabinet Ministers has declared that first of all, they will concentrate on completing the 109 actions that remained:

"At the beginning of the year we have made a single plan in order to implement the Association Agreement. While it went well, we have not managed everything, therefore the new plan will first of all concentrate on the 109 items left."

At the same time, Pavel Filip has assured that the offer of macro-financing will be given, despite not completing the full Association Agreement.

"Many medias have started posting that we will not receive financing, due to not completing the Agreement, which I must say is not true. There are 28 conditions for receiving the 100 million euro, 40 of which are a grant. The first tranche will offer 30 million euro, 10 of which are part of the grant. Out of the 10 required conditions: 4 are already completed by the Parliament, 4 more are in the processes and 2  were done by the Government. We are not behind schedule and my request is to complete as soon as possible the 4 conditions the Parliament has already begun" Prime Minister added.

The common meeting of the Parliament- Government is attended by presidents of Parliamentary Committee and members of the Cabinet Ministers.

They will discuss the agenda for the second half of the year and the plan to implement the Association Agreement. Authorities will also discuss the obligations for international Monetary Fund and draw the priorities.