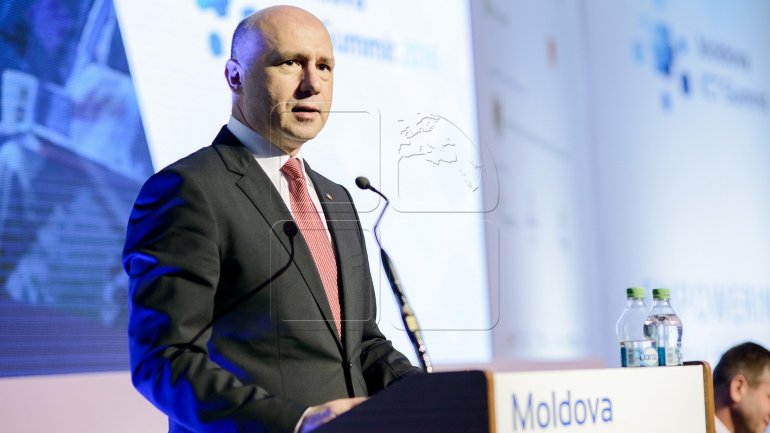 Prime Minsiter Pavel Filip has attended yesterday multiple conferences at New York. He met the President of Romania, Klaus Iohannis, who promised to offer further support for Moldova and confirmed that Romania is ready to offer the third part of the loan to our country.

"I believe a new loan is possible. I personally cannot wait to see what new reforms you plan to work on. We believe that by helping Moldova, Romania is also helping Moldovans", Klaus Iohannis declared.

The President of Romania has also addressed the great result the Government of Chisinau has managed to attain, in a short period of time.

"I congratulate you, Mister Prime Minister, as you have managed to lead the Government of Moldova is those complicated times, in a way that will honor and help your country. If nobody else, then at least, we Romanians see the results you have managed to achieve", President of Romania added.

In his turn Pavel Filip has thanked Romania for all the support it has recently given Moldova.

"At the beginning of last year, when we first stepped on this path, Romania was the country that helped us through with it, by offering loans" Prime Minister confirmed.

Pavel Filip has also had the chance to meet President of the European Council, Donald Tusk. The two officials have discussed regarding the eastern partnership summit that will soon take place.

Prime Minister has requested European Union to support Moldova at the United Nations 72nd General Assembly on the topic of withdrawing Russian troops from the territory of Moldova.

In his turn, Donald Tusk has expressed his support toward our country's European integration and encouraged the authorities to continue the reforms.

Pavel Filip has also managed to meet with President of Slovakia, Andrej Kiska and of Georgia, Ghiorghi Margvelașvili.

The two of them have declared that they will continue supporting Moldova's modernization.

He is accompanied by Minister of External Affairs and European Integration, Andrei Galbur, as well as other legal entities and diplomats.