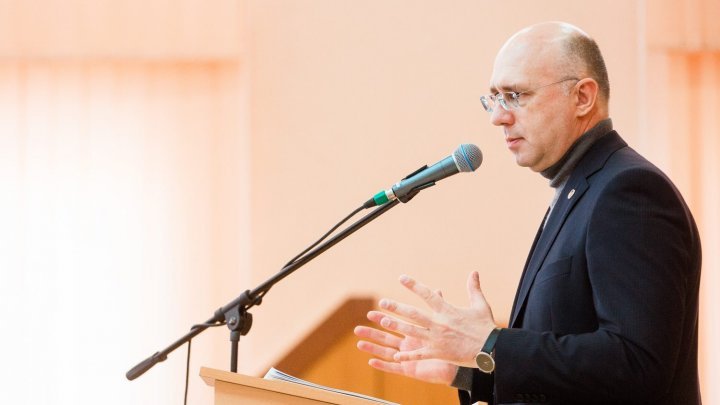 The road connecting Tvardita city in Taraclia district and Ceadir-Lunga will soon be repaired. The Ministry of Economy and Infrastructure has already done a feasibility study. When the project is ready, financial resources will be identified. Pavel Filip made the statements during his visit together with his party colleagues in the south of the country within PDM electoral caravan.

"Expenditures are quite high. Colleagues from Ministry of Economy and Infrastructure estimated over 260-270 million lei needed for the project", said Pavel Filip.

In Tvardita, PDM members met with 400 residents. PDM first deputy chairman Pavel Filip and the candidate on constituency no. 44 in Taraclia, Fiodor Covalji talked with five farmers who joined to build a cool store. The investments are 25 million lei, and the producers applied for a grant. The works will be ready by August, when the harvest begins.

"Here we're building a 2,000-tonne refrigerated warehouse for grapes, plums, apples. We applied to the MACP program, we have prepared a lot, we have gathered all the farmers, we will receive a grant of 350,000 dollars, "said Ivan Paslari, farmer.

"We plan to export the harvest to the European Union. So far we have sold harvest right on the field", said Vitalie Cociu.

Democrats also reached the State University Grigore Ţamblac in Taraclia town. The students thanked Pavel Filip for his support to the university.

PDM candidate for Taraclia district, Fiodor Covalji, promised to continue support for Bulgarian community and Taraclia University if he came to power.

"Taraclia district is presented as Bulgarian community. I want to focus on this district, on culture so they are not forgotten. Moreover, we want to learn the state language fluently because our children and adults don't know the state language well and our image is not properly presented in the center of country", said Fiodor Covalji.

PDM candidate Fiodor Covalji is listed at the top of ballot.