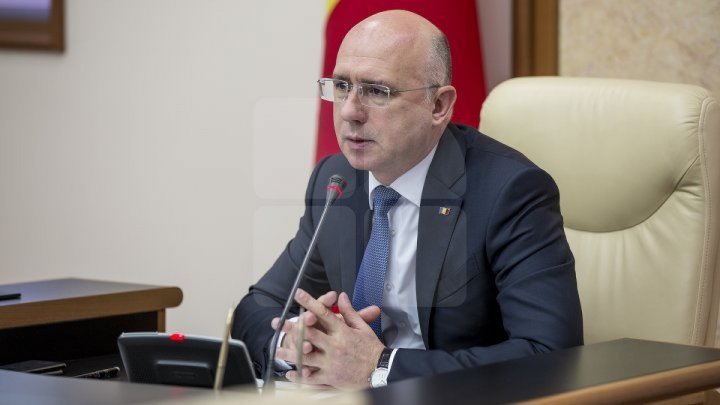 Multiple public officials of the executive are pressured by the new governance to write resignation applications even though they were employed through contest and didn't have any party activities. Also, some PDM members are threatened with criminal charges and forced to move to another party. The declarations were made by the former PM Pavel Filip. The actual president of PDM calls the political parties of the governance to start working for the citizens and to continue the projects started by them and for which they cared to leave enough money in budget.

'You promised being better than us, so don't break your promise. I'm saying this because for years PDM was blamed for all the bad things happening in this country. Where is the correctness and transparency? On this way i request these parties to not launch into wars and create chaos within this decapitation of the state institutions. The paradox is that we were accused for the same things in the past'.

Pavel Filip also  told the governing parties that it's the time to begin the repairing within the 'Drumuri Bune 2' project, for which ended the auctions. In this year, was planned the renovation of 2 600 kilometers of roads. Also, the Democrat said that the project 'Prima Casa', due to which 2 500 young families had the possibility to buy a new house, must continue. Pavel Filip referred also to the baby-boxes offered by the program 'A New Life', from which benefited 13 000 moms. Also, in 2019, over 100 000 people must have access to water and sewage, how Democrats planned. At the same time, it is necessary the works continuation of the Ungheni-Chisinau pipeline and the agriculturists to receive the subventions in agriculture, for which they preserved a billion MDL.

'It is natural that they must continue and if the new Government will say that there is no money for these projects, let them ask us. We said about being in a constructive opposition and will come not only with criticism, but also with solutions. I don't see any reasons to not continue these projects. There is money', declared Pavel Filip.

The new Government inherited from Pavel Filip a budget worth over three billion MDL and also all the salaries and pensions paid on time. Pavel Filip pointed out that even though being in opposition, Democrats will vote for the projects that will bring concrete benefit. One of them is about monthly granting a 200 MDL allocation for every child that hasn't reached 18 years old. The document was voted in the first lecture.

'We are watching the new Government. Previously, we were saying  that we weren't lucky to have a real opposition in all the Governing years, but the new one is luckier', mentioned Pavel Filip, PDM president.