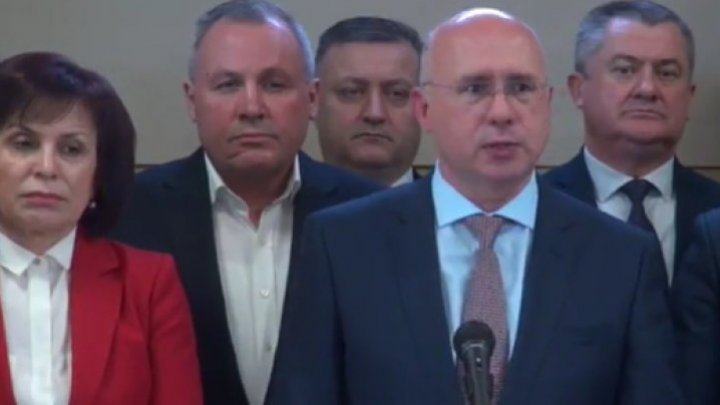 The Moldovan Democratic Party fraction has announced today in a press briefing the legislative priorities for the spring-summer 2020 parliamentary session:

A better life for people / Social-economic domain. For the PDM fraction the priority is the living standard of the citizens, so we will support and initiate in this session draft laws that will lead to the increase of the quality of the people's life, we will also monitor the evolution of the projects initiated by us previously on this regard. We refer here primarily to quality education, modern medicine, social assistance (aids, allowances) and infrastructure (roads, lighting, water and sewerage, sanitation). We will also continue to work to improve the business environment and to ensure economic growth, as we have done in recent years.

Justice reform and the fight against corruption. We are aware that the economic development and the increase of the quality of the citizens'life must be improved along with the process of consolidating the rule of law and reforming the justice, according to the commitments we have made in the Association Agreement with the European Union. We will support and promote legislative initiatives that will restore citizens' confidence in justice and ensure a real fight against corruption.

European integration and good relations with other states. The Democratic Party remains a pro-European party, we consider that the European path of the Republic of Moldova is irreversible and it's the only way of developing our country. We will continue to harmonize the national legislative framework with that of the European Union and take over EU good practices. We will continue the dialogue with the European institutions, ensuring our country a clear European perspective. We still wish good relations with our neighbors: Romania and Ukraine, but also to strengthen the strategic partnership with the USA.

Territorial integrity, security and settlement of the Transnistrian conflict. The PDM MPs will support and promote initiatives that contribute to the settlement of the Transnistrian conflict within the sovereign, independent and integral state of the Republic of Moldova, starting from solving the problems of the citizens on both banks of the Dniester. We want the Republic of Moldova to have complete control over its border and its decisions.

"Given the fact that we remain in opposition, a constructive opposition, we will support initiatives from any political party, provided they align with these priorities. We continue to believe that citizens are waiting for new facts, not words and that all these priorities must materialize in concrete projects with clear results for people, for Moldova ”, concluded PDM President Pavel Filip.