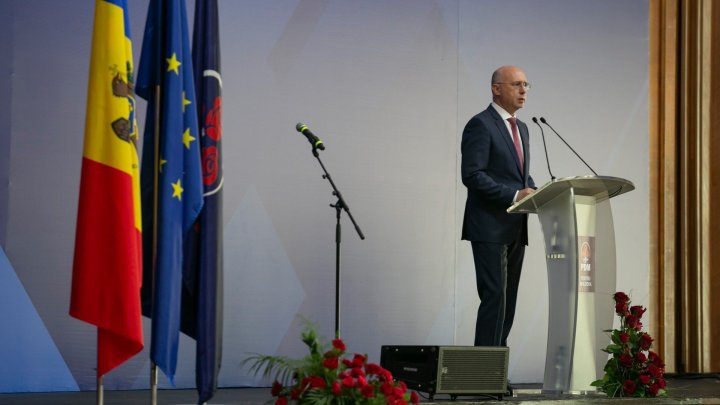 PDM members are pressured by the current governance in the eve of the local elections of October 20, said Pavel Filip during a show from Publika TV. The democrat leader mentioned that despite these actions, PDM remains consolidated.

'The Alliance representatives told multiple times about never accepting one of us in their team and will never make pressures, which is false. They come everyday to our mayors and are proposing them to get on their side', Filip said.

Pavel Filip also said that there are a few members that left the party and some of them already have been disappointed while collaborating with the current governance.

'At the beginning of June, when we got into opposition, was created the impression that PDM is the worst party. In this short period of time, some mayors from our party managed to leave us and come along with the governing formations, but they came back in PDM because they understood who they are', explained the PDM leader.

Also, the democrat leader said that the foreign partners begun to have concerns about the governing methods of ACUM-PSRM Alliance.

'Under the 'deoligarchization' and 'depoliticization' undercover, in reality, they politicize the state institutions and reckon on the political opponents, but no one is paying attention to the regional security sector. There are a lot of questions and our foreign partners see it', underlined Filip.

On September 7, the former PM Pavel Filip became the new PDM president. The decision was taken within the extraordinary congress of the formation after Vald Plahotniuc resigned.

Pavel Filip seemed to be convinced that in the near future, PDM will return to governing to continue the social projects and to stop the current governance's attack upon Moldova's sovereignty and independence.
AFLĂ imediat Știrile Publika.MD. Intră pe Telegram