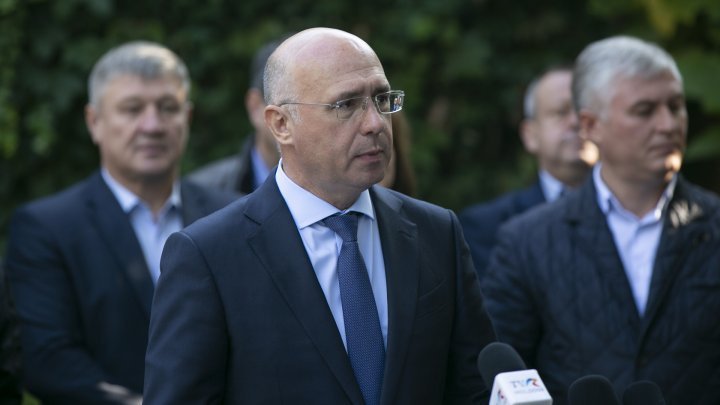 Democratic Party (PDM) President Pavel Filip made an allegation of abuse that the PDM candidates for local elections are subjected to. Pavel Filip made the statements in a press conference.

"Since coming to power, the new government kicked off the wars against PDM members. Our candidates for local elections are intimidated and harassed. Our members and supporters throughout the country are threatened publicly for engaging in the electoral campaign in favor of PDM. Some have quit running for the elections due to fear of losing their jobs. They were threatened so. The new government is attacking and persecuting our members", PDM leader mentioned.

Meanwhile, Filip noted that criminal files were also initiated in command during the period of electoral campaign.

Democratic Party faction is discriminated in Parliament, according to the PDM leader.

"PDM MPs are not called to attend official meetings, to joint delegation abroad. They are not permitted to be a member of inquiry commission. Our proposals are even excluded on the daily agenda", the politician highlighted.

He noted people are unsatisfied with the government's actions.

"The parties in power cancelled the social project that PDM set off. Meanwhile, people fear for their safety. Businessmen closed their companies, investors are discouraged to enter Moldovan market. Diaspora people hesitate to go home".

In conclusion, Pavel Filip reiterated the fact that PDM won't surrender to the government's attempts to defame the opposition.