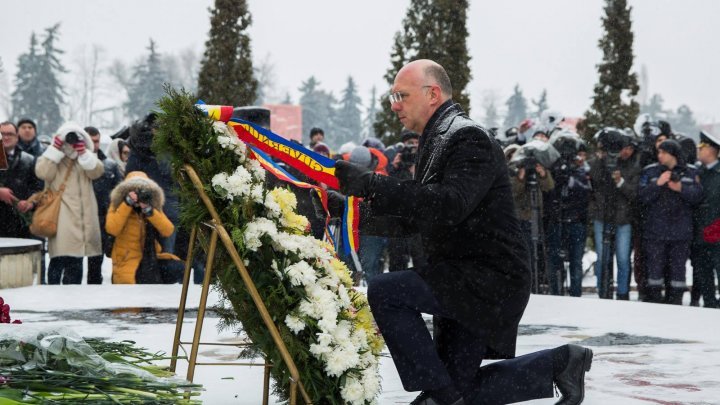 The officials accentuated that the Government he leads will continue to do everything in its powers to support our country's heroes, mentioned that a plan was elaborated for this "Memory. Honor. Respect", which will offer social protection to veterans.

Prime Ministers announced that territorial reintegration remains a priority for the Government. Here, many important actions were taken recently, among which counts the access of farmers from Dubăsari to their lands located over Tiraspol-Camenca highway, allowing schools teaching in Romanian to continue activating in Transnistria and joint control over the Moldova - Ukraine border, at the Cuciurgan – Pervomaisc Customs. After Verkhovna Rada ratified yesterday an Agreement for joined control over the whole border between Republic of Moldova and Ukraine.

"For the first time since 1992, Republic of Moldova fully controls all its borders. We will not stop until we will not gain complete territorial reintegration" Prime Minister declared.