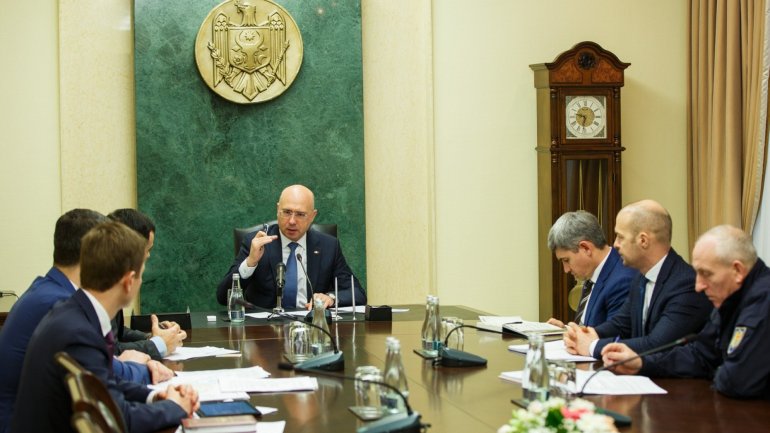 Prime Minister Pavel Filip has summoned an emergency meeting this morning, due to the bad weather conditions.

The official requested all responsible structures to mobilize, in order to be able to interfere in any crisis situation which might arise.

Pavel Filip underlined the importance of teamwork with local public authorities, urging central authorities to offer all the needed support: "We were already convinced that if help is offered in time, damages can be minimized.

This time, mobilization was faster and more efficient, but we still must continue to be ready for anything the bad weather might throw at us" Prime Minister declared.

According to the information presented by the Ministry of Economy and Infrastructure, the national roads are currently usable, but there is difficulty on Bălți-Criva and Chișinău-Leușeni.

The roads are being monitored all the time, for authorities to interfere whenever the need arises.  During the night, 331 vehicles have spread over 3 000 tons of slip-proof material.

At the same time, Ministry of Internal Affairs has created three teams to operate in crisis situations in the North,South and Central part of the country. Police officers are mobilized to offer support, inclusively ensuring that buses transporting children to school encounter no difficulties.

This morning, snow caused power outage in over 200 settlements. Pavel Filip requested immediate actions to be taken for the settlements to be reconnected to electricity.

The official has also called for policy and regulatory intervention, so that RED UNION FENOSA will interfere fast and efficiently to reconnect those settlements to electricity.

Furthermore, Prime Minister has requested authorities to work together, so that citizens will be informed in case any road becomes blocked.

"Our main priority are the people and we must offer them all the necessary support" Pavel Filip declared.