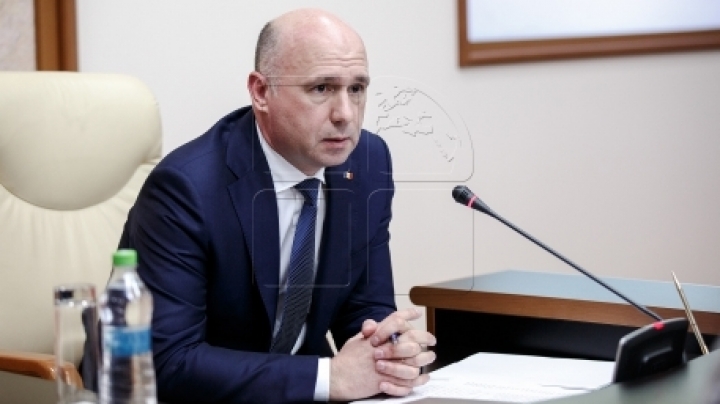 Prime Minister Pavel Filip presented today in the Parliament the Government's decision to hire accountability to parliament for seven laws.

The laws are extremely important aiming to strength and clean the banking sector so there can no longer be situations like those in the past, and also the law on the state budget.

"The amount that will remain as the real amount of public debt is ultimately is not known, it is not even one billion dollars as they say, but lei, which clearly does not mean a billion dollars. Besides the most relevant is that the amount will remove all amounts recovered and to be recovered, including through Kroll investigation. The Government and State institutions responsible for the recovery of money, it is important that the amount they recover to be as large as possible" , said Pavel Filip.

At the same time, the Prime Minister said: "We are in a position to go on liability for the only reason that we don't have too much time, or if we go for the classic formula, that would mean to lose a few more weeks, said Pavel Filip , noting that Moldova can not afford this if it wants the release of EU funding.

PUBLIKA.MD recalles that yesterday the Cabinet of Ministers have summoned a special session to take a series of decisions of fundamental importance.

According to the procedure, the Parliament has 72 hours to file the confidence motion against the government for accountability. Otherwise, the draft of the law will be declared adopted by the Legislature and Parliament Speaker will be obliged to transmit president for promulgation.