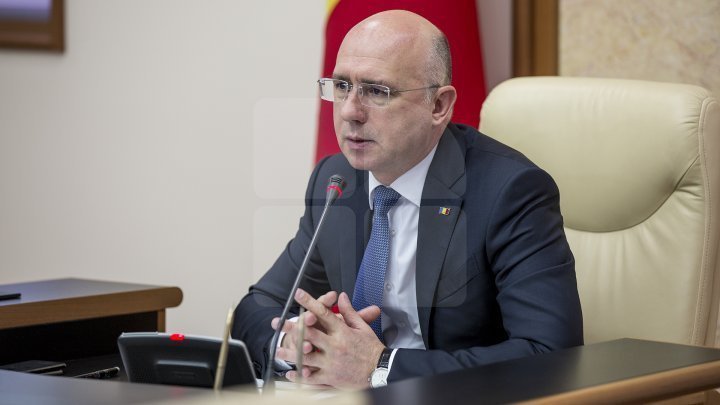 Premier Pavel Filip asked the Ministry of Justice to analyze the legislative framework which invalidated the local elections. The announcement was made at the weekly government meeting. The Prime Minister also said that the Moldovan foreign development partners were the ones who suggested the Government assess the legislative framework that drastic measures should be taken in the future to prevent electoral mistakes.

"We have followed last week situations, these developments and court decisions that have provoked many tensions and questions. We have also seen the statements of our external partners and the reactions that followed, that's why I want to ask the Ministry of Justice , the Minister, to make an analysis of the legislative framework and the provisions on which these decisions were made to invalidate the elections. It is important to make an analysis and the decisions that were taken before the PSRM request, because from what I've seen, those elements were previously subject to judgment.

For example, I had more talks in Washington, people were amazed. There is no silence day there. I know this day exists in most states. I would generally exclude this, it is just my opinion. I want to be clear where it is needed and where we need to intervene. The legal framework must be strict not to leave a margin of judges interpretation.

Last days I had discussions with several lawyers, some said that the law was abusively interpreted, others said if violations are applied, it does not matter how big or small the violations are. I had a discussion with Parliament Speaker Andrian Candu, he promised that as soon as he comes to the country, he will create a working group on the platform of the parliament to come up with the improvement of the legislation. I would ask Ms Eftodi and the Minister of Justice to submit an analysis and possible proposals in this working group.

My request is to have this analysis until Tuesday, it is something that our foreign partners have suggested us assess the legislative framework and to take measures to prevent future electoral skews, "said Premier Pavel Filip.