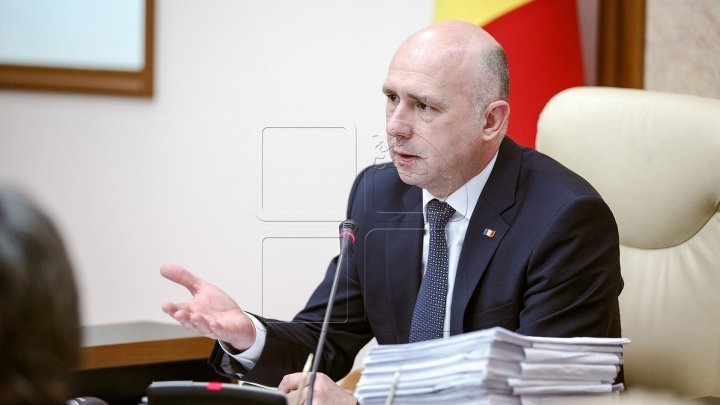 Observer status within the Eurasian Union was invented by Eastern partners to politically support President Igor Dodon. This notion has not existed so far. The statements belong to Premier Pavel Filip during the meeting with the European Commissioner for Regional Policy, Corina Cretu.

"One year ago, President Dodon requested this observer status. This notion within the Eurasian Union has not existed until now, it was invented by some Eastern partners to support him politically.

There is, in my opinion, a status that fits perfectly with the President of the Republic of Moldova.

He observes how things are developing in Moldova. He observed the latest surveys, the results of these surveys and this unprecedented increase of the European Union's popularity in the Republic of Moldova, which is not a coincidence.

This growth is due to the investments made by the European Union, and I want to remind everyone that the Republic of Moldova is a parliamentary country. All decisions made at the Government and Parliament are important. Every international agreement, according to the Article 86 of the Constitution, must be submitted to Parliament for ratification.

If something which is signed is unratified or does not require ratification, for example observer status, then will be illegal for Republic of Moldova.

I don't understand why this happened. I still want to assure you that the Government will not allocate any money to assist the Eurasian Union observers. Moreover, if the status obtained by President Dodon does not conflict with the association agreement, I suppose he tends to become a member of the Eurasian Union.

In turn, European Commissioner for Regional Policy, Corina Cretu, stated that the European Union expects the Republic of Moldova to continue to fulfill its commitments under the Association Agreement.

"I think that this is an internal problem of the Republic of Moldova first. For the European Union the basis of cooperation between us is this association agreement, including the free trade agreement.

We expect the Republic of Moldova to continue fulfilling its commitments.

I have congratulated the Prime Minister on the progress made on economic development in recent years, and I have seen this news, but I do not have more information on this subject. For us, this association agreement matters more", said European Commissioner for Regional Policy, Corina Cretu.

PUBLIKA.MD recalls that the European Commissioner for Regional Policy, Corina Creţu, is on a visit to Moldova on May 17-19, at the invitation of Prime Minister Pavel Filip.