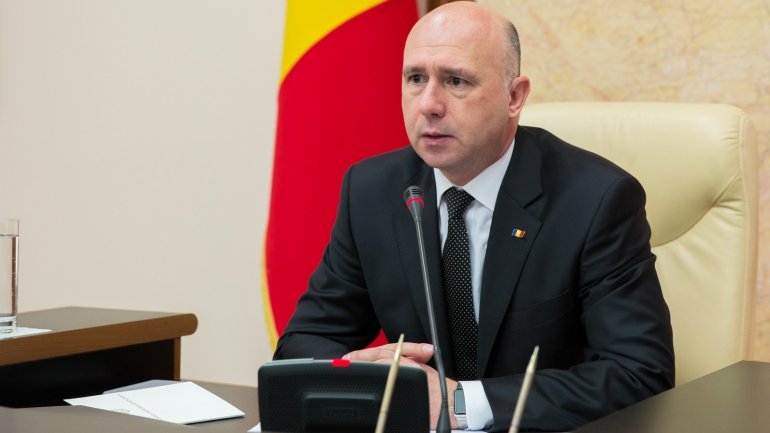 Prime Minister Pavel Filip has discussed today, March 1st, at the Government meeting about the issue of compensation for farmers who have suffered losses after last spring frosts.

Prime Minister said that a list of 600 farmers who suffered has been drawn up.

"It has been announced losses of over 2 million lei and compromised harvest by over 62 thousand tons.
Now the commission of exceptional circumstances has examined the proposal of Mr. Minister Grama to come up with the compensation and approve a regulation that will tell us what the rules are to benefit from this compensation.

Now, I can tell you that there are farmers that are dishonest and are using the money of the working. And I bring you just a few examples. I asked for this list, and only a few farmers have selected at random and I have asked colleagues from the NBS and Fiscal Inspectorate to tell us about the work of those farmers in the recent years.

"Plaiul Birladean" company has paid 7 million lei in the budget, only 5 million for salary.

Agro Denidan company has 2 million lei in the state budget and 7 million lei for salary. I am ashamed of these farmers that are honesty working and are waiting for the compensation because there are others who will receive their money.

We are to come up with the necessary support just to have to be honest to each other and when we request from the state budget that doesn't mean that as Mr. Slusari is promoting them and brings them to the Government on those working illegally, those who do not pay wages, those who do not pay taxes to the state.

We must be open to those working honestly and it will be my request to Mr. Minister on rules which must approve it and please him to be presented as quickly as possible, to be then made an enormous task to select the files of those who deserve to receive their compensation and pay the money which recently provided in the state budget" , said Pavel Filip, Prime Minister of Moldova.