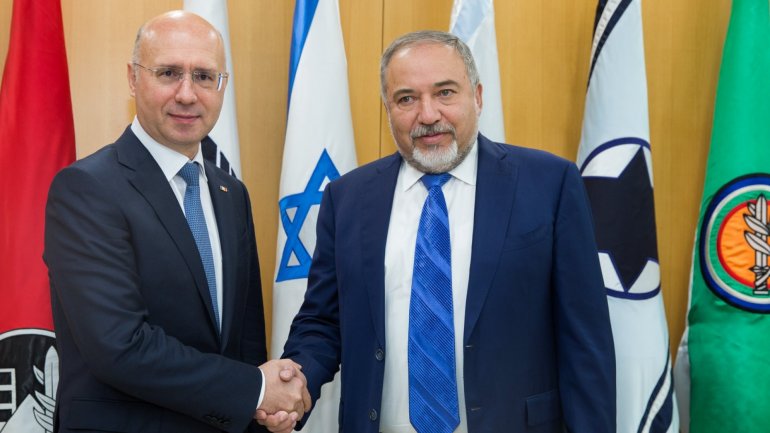 During an official visit to Israel, Prime Minister Pavel Filip has met with Defense Minister of Israel, Avigdor Lieberman.

During the talks, the official has once again mentioned Republic of Moldova's interest to create a partnership between the Ministries of Defense of the two states.

Pavel Filip also said that our country is always ready to sign an agreement for Technico-Military bilateral collaboration, including planing together the defense policy, military training and technico- military assistance.

In his turn, Israel's official has greeted the interest authorities form Moldova show in the development of bilateral relation, including in the defense domain. Avigdor Lieberman has also declared that he is proud of being born in Republic of Moldova and to have studied in Chisinau

The two officials have shared their opinions regarding the importance of joining forces to fight against terrorism, illegal migration and human trafficking, as well as reducing the drug trafficking.

At the end, Prime Minister Pavel Filip has gifted to Avigdor Lieberman his family tree, as his roots are from Orhei.