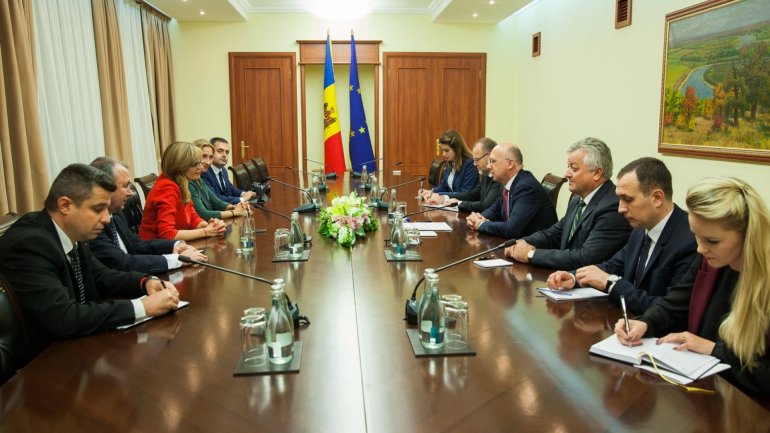 Prime Minister Pavel Filip has met Deputy Prime Minister of the Justice Sector Reform, Minister of Foreign Affairs of Bulgaria, Ekaterina Zaharieva. The two have discussed of bilateral relations, namely the reform implementation in the Education and Justice sector.

"Justice sector reforms are not easily done, the results appear with time and it is important to know the real situation and not the one which is spoken of" Pavel Filip declared.

At the same time, the officials underlined the importance of investing in human resources.

"A country's most important treasure are the people and only education can develop a country" Prime Minister mentioned.

In this context, Ekaterina Zaharieva declared that Bulgaria is ready to assist Moldova to create a better education system.

The two have also discussed of strengthening commercial-economic cooperation, as well as the situation of Bulgarian minority from Republic of Moldova.

In this context, Prime Minister Pavel Filip greeted the decision of Sofia authorities to open a Bulgarian Consulate in Taraclia town.

Minister of Foreign Affairs of Bulgaria has also appreciated the progress of our country and expressed Bulgaria's availability to assist Republic of Moldova on it's European path.