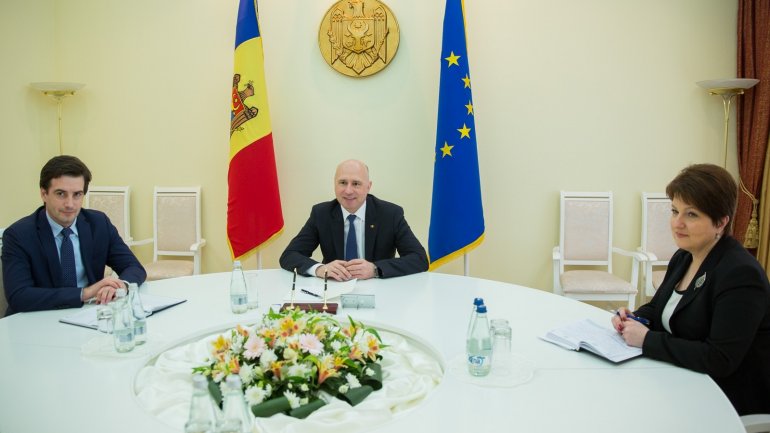 Prime minister Pavel Filip held a meeting with the leaders of Foreign Investors Association (FIA): the new Chairman of the FIA Board of Directors Alexander Koss and former head of the Association Ridha Teka.

During the meeting were discussed the Foreign Investors Association projects for 2017, including the FIA activities as chairman of the working group on stimulating and maintenance of private investment of the Economic Council besides the Prime Minister.

The prime minister advised the business representatives to work together with government in the development and promotion of policies favorable to business development, including the Economic Council of the Prime Minister.

"Economic Council is a platform for discussion, where are addressed the problems faced by businesses, but also are found solutions to overcome them" said the head of the Ministers' Cabinet.

In their turn, representatives of Foreign Investors Association said they felt changes for the better that have occurred in the business environment as a result of Government decisions regarding the moratorium on state control, reduction of entities with control positions, improvement of business environment.

FIA is a non-profit association of foreign investors and aims to contribute, together with public authorities, to ensure a more favorable investment environment to foreign direct investment, through an open dialogue between the various stakeholders.