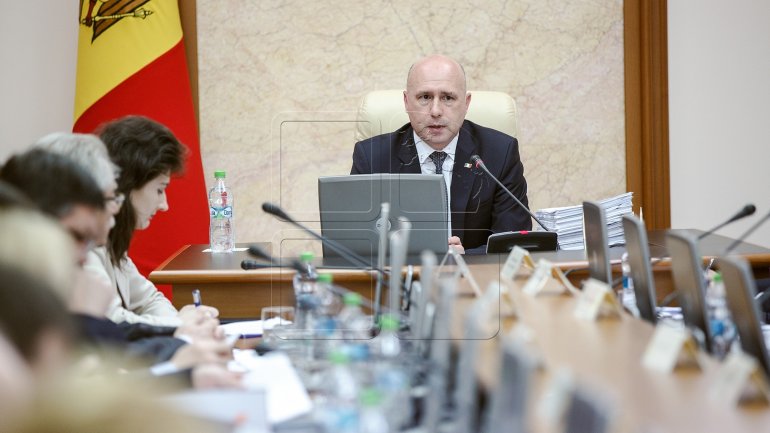 Prime Minister Pavel Filip has expressed in the beginning of the Government's meeting today, January 11th, the conviction that this year had a better starting than the last one and urged authorities to focus on priority actions for 2017.

The prime minister said, however: "If 2016 was a year of stabilizing the country and defusing the economic and social crisis, then 2017 must become a year of development and growth".

Pavel Filip pointed out that the health, social and education sectors need reforms.

The prime minister said that he has had yesterday, January 10th, a meeting with the union representatives, and has discussed the problems in education and science.

"The talks were constructive and we wish further sincere dialogue, open to communication. We identify viable and lasting solution to all problems" , said Pavel Filip.

The prime minister said also that 5 of the total 6 problems submitted by the unions have been solved. The requirement for the salary increase remains to be identified.

"We can only overcome the existing problems through dialogue. Tomorrow we will have a meeting in plenary unions, we will discuss the reserves and the effort required from the Government to increase the salaries under the minimum wage" , said the Prime Minister.

Pavel Filip said that the approach must be a complex one to cover all categories of support in the public sector. Thus it needs a reassessment of the wage system and serious reforms in this area, to no longer tolerate wages below the minimum wage.

To this end, the Prime Minister ordered the creation of a working group, which, in agreement with trade unions and other institutions, will find effective solutions for each issue, and will make proposals to reform the pay system for all state.

Pavel Filip has also stated that asked the Deputy Prime Minister Gheorghe Brega, Ministry of Education, Ministry of Finance and Ministry of Labour, Social Protection and Family to continue an open and transparent dialogue with the unions, still in the days immediately following.