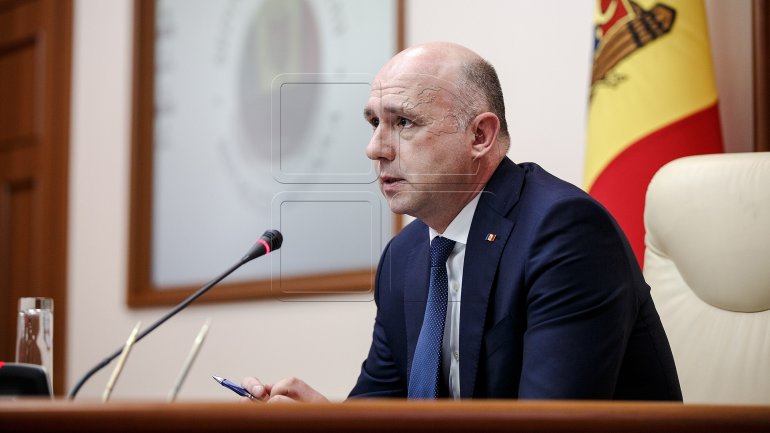 Prime Minister Pavel Filip held a meeting with the team of experts of the International Monetary Fund (IMF), during the evaluation mission in Moldova, between February 14 and 28th, 2017.

At the beginning of the meeting, the Prime Minister has met the new head of the IMF mission, Ben Kelmanson who succeeded Ivanna Vladkova-Hollar, since January, 2017.

The prime minister as highlighted the professionalism and dedication of the ex-chief of the IMF mission, Ivanna Vladkova-Hollar, shown in the negotiations with the IMF in 2016 and expressed gratitude for the cooperation and support of the Government in signing of the Memorandum with the IMF.

Meanwhile, Pavel Filip was expressed confidence that close cooperation between the Government and IMF will continue during the mission led by Ben Kelmanson.

The prime minister said that the IMF mission will be able to make an assessment and analysis of the latest developments in the economy and how the government implements the program agreed with the IMF.

"The implementation of the program with IMF will be treated with utmost care and responsibility and will be conducted with maximum transparency and efficiency", said Pavel Filip.

The prime minister spoke about the importance of the IMF agreement, which means financing but also better conditions for Government to implement reforms.

Pavel Filip said that if in 2016 the government was in a position to manage a crisis, then the years 2017-2018 will be years of development and construction. To this end, it has developed a reform agenda discussed at the joint meeting Government - Parliament so that the two institutions to better coordinate actions for the successful implementation of reforms.

The prime minister expressed firm determination and openness of the Government during the dialogue with the expert team of the IMF, providing a dynamic cooperation between the IMF and Moldova.

In turn, Ivanna Hollar Vladkova-rated the government openness and professionalism, noting that both sides have made an enormous effort to approve the program with IMF and now to be assured its proper functioning.

In this context, Ben Kelmanson informed that during the next two weeks will make an assessment of the macroeconomic situation in Moldova and a review of policies on size.

PUBLIKA.MD recalles that on November 7th, 2016, the Government and the IMF signed a cooperation agreement by which Moldova received a credit line of around 176 million dollars, of which $ 35 million has already been allocated.