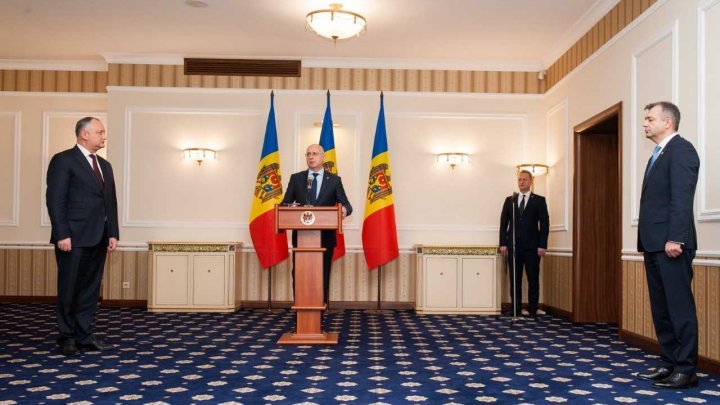 After the ceremony, Pavel Filip presented the new minister to his team. The prime minister said that it was very easy to nominate Ion Chicu, because he is a professional. Previously, he was state secretary within the Ministry of Finances.

"From now on, he will have more other responsibilities, but I am sure he will face all the challenges. Mr. Chicu, I wish you good luck", said Pavel Filip, the prime minister of the country.

At the same time, Pavel Filip thanked Octavian Armasu, the ex minister of Finances and the whole team for their efforts.

"We approved many laws, among which, the law of the salaries. Now, we should work on new projects."

At his turn, the minister of Finances thanked everybody for their trust .

"We have always had the same targets. We will continue to make everything possible for the economy to improve", said Ion Chicu, the new minister of Finances.

Previously, the minister of Finances was Octavian Armasu who is the Governor of the National Bank of Moldova now.