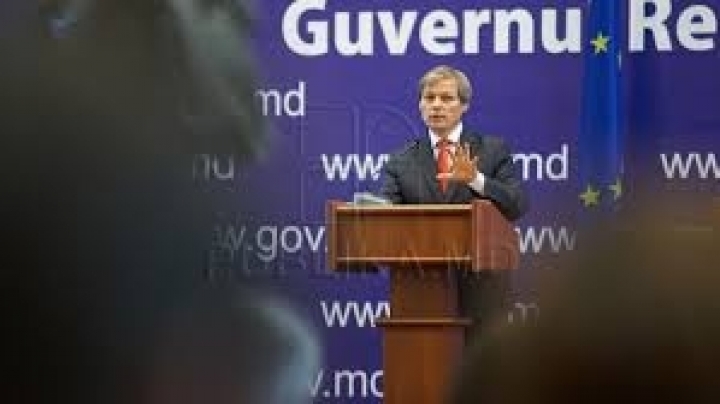 "Romania is the most consistent supporter, contributing to our aspiration to become a Eurepean State." The statement was made by Prime Minister of Moldova, Pavel Filip, after the meeting he had with Romanian Prime Minister Dacian Ciolos.

"We had honest and cordial discussions, but constructive at the same time. The visit comes at a significant moment for both states. Moldova marks 25 years of Independence and establishment of diplomatic relations between the two countries. I am convinced now more than ever that Romania is a close and dedicated friend of Moldova. Europe means values and outputs for their citizens. Moldova must connect this space to remove old vulnerabilities and Romania is the most consistent supporter, contributing to our aspiration to become a European state" , said Pavel Filip.

However, Pavel Filip said that Romania's expertise and experience of value comes essential to facilitate advancing the European agenda of Moldova.

Also, Pavel Filip made a direct invitation for Romanian businessmen.

"We thanked for the financial aid. The trade between us grows, we are strengthening this trend. I would like to make a direct invitation to the businessmen from Romania to invest in Moldova, I informed the Prime Minister Ciolos about the business reforms made. Businessmen in Romania are welcome in Moldova. We talked about traffic flow customs and about the evolution of security in the region. We share a vision of peace where truth defeat propaganda" , said Prime Minister of Moldova.

PUBLIKA.MD recalles that Romanian Prime Minister Dacian Ciolos is in an official visit to our country. The head of the Bucharest will have today several meetings with Chisinau officials and  will visit a renovated kindergarten with the support of the Government.