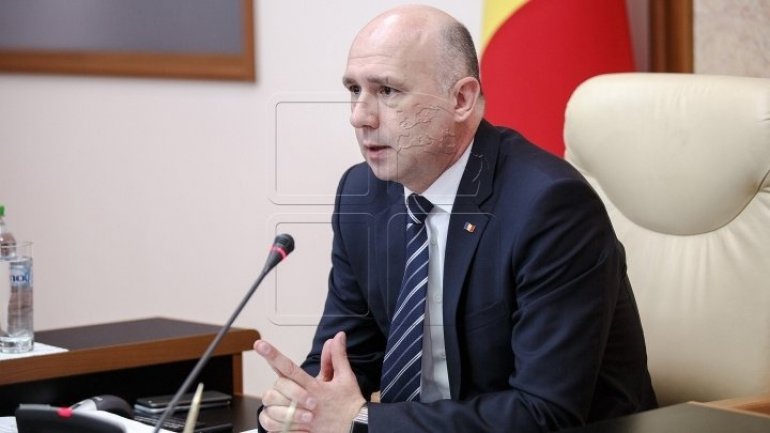 Prime Minister Pavel Filip, has declared today for the first time that the Government's reshuffle was a necessity and it offers the chance to step into 2018 concentrating better on Governmental aims, to meet the raising expectations of citizens.

"Nobody among those who left had issues on the chapter of performance or professionalism. Their leave is completely for a different reason. Those people will continue to play a crucial role, only in political area. I thank all my colleagues" Pavel Filip declared.

At the same time, Prime Minister declared that 2018 will be a simple year:

"On one hand we must continue with the reforms, to stimulate economic growth, while on another hand we have the elections, which is a risk of tensions breaking in politics and in society. Therefore, I expect the new Ministers to adapt fast to their new positions. I welcome those who were nominated yesterday, by the majority of the coalition and promise them this: there is much work to be done for Republic of Moldova."

PUBLIKA reminds that yesterday, Vlad Plahotniuc announced, after a session with the Government's coalition, that the executive will have two Deputy Prime Ministers and five new Ministers.

Therefore, for the first time, the Government will have the position of Deputy Prime Minister for European Integration. The job was offered to PPEM leader, Iurie Leancă. Deputy Prime Minister for Reintegration will become Cristina Lesnic. The Ministry of Foreign Affairs will also have a new chief. The position was given to Tudor Ulianovschi, current Republic of Moldova Ambassador to Switzerland.

Minister of Economy and Infrastructure will become Chiril Gaburici, while Minister of Health, Labor and Social Welfare will be named Svetlana Cebotari. Liviu Volconovici, rector of State Agrarian University of Moldova, will become Minister Agriculture, Regional Development and Environment.

At the same time, former president of the Constitutional Court, Alexandru Tănase will take the position of Minister of Justice. From the old Government's composition, Monica Babuc, Alexandru Jizdan, Octavian Armașu and Eugen Sturza will remain as Ministers.