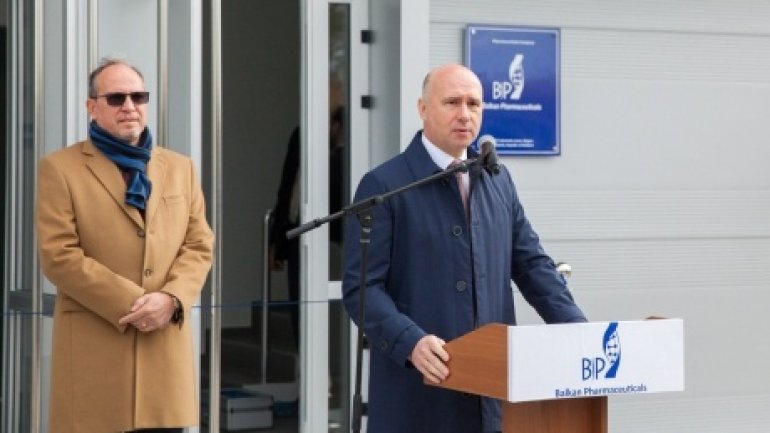 Prime Minister Pavel Filip participated at the opening of production of medicines in Balkan Pharmaceuticals Sângera village in Chisinau.

The new company has created over 400 jobs and the amount of investments made are beyond 30 million euros.

Prime Minister congratulated the management and employees of the company at the event, noting that the Government will make further efforts to support entrepreneurs who invest in Moldova and creates well-paid jobs for citizens.

"Today we advance available drugs to citizens, and on the other hand, is a step for their welfare. This Romanian company provides employment for more than 400 people. This means children and parents will be home, old people whose children will stay here in Moldovawill take care of them" , said chief executive Pavel Filip.

However, Pavel Filip talked about measures taken by the Government to support business and in particular, the pharmaceutical sector in Moldova, specifying that the medicines sector is a priority for the Executive.

The head of the Cabinet of Ministers pointed out that since march an action plan that comes to improve the situation in this area was developed.

Many of the measures established by manufacturers and distributors of medicines have already been conducted, which showed a reduction of 40-per-cent in the price of 160 essential drugs.