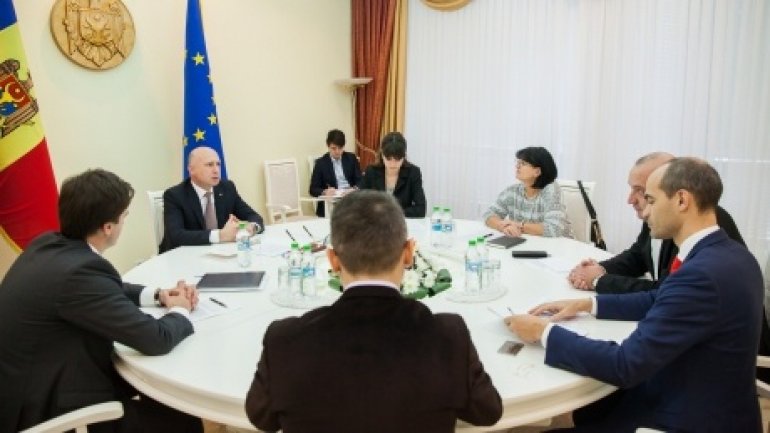 Premier Pavel Filip has met with a delegation from Lafarge Ciment Moldova, headed by the new general manager Jean-Michel Pons.

Pavel Filip has said the Government’s priority is improving the business environment and creating new well-paid jobs. The Premier has mentioned the cut of the number of permissive acts, cancelling scores of acts issued by the Customs Service, the reform of state agency controls and unification of financial reporting.

The Lafarge Ciment representatives have pointed out the Government’s openness for dialogue and its promptness in responding to requests of the business community.

Lafarge has working in Moldova since 1999 and has created over 600 jobs.