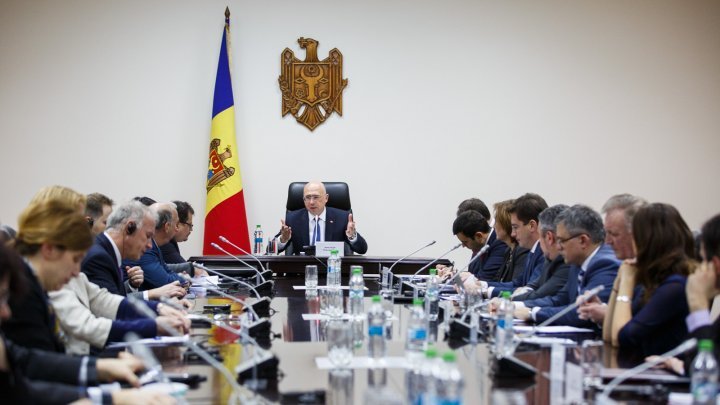 The draft law aimed at reducing pressure on the business environtment was discussed today with representatives of development partners and the business community at a meeting chaired by Prime Minister Pavel Filip.

Prime Minister Pavel Filip mentioned that one of the priorities of the Government is to improve the business environment and investment climate by reviewing control policy and sanctioning.

Government has brought about several changes such as reducing the number of institutions with control functions from 58 to 18, reducing the number of permissive acts by about 60%, simplifying the reporting procedures. However, the sanctioning system, which includes law enforcement bodies, has not yet been improved.

In the dialogue, it was emphasized that the initial version of the project, proposed last year, was very ambitious. As a result of the discussions, the Ministry of Justice, with the support of the Economic Council, excluded from the project several provisions that generated blurring.

Consequently, it was proposed to split the project into two parts. Thus, a part will contain the stringent requirements required by the business community, with optimum benefits for the state and society. This project is due to be completed in time by the Ministry of Economy and Infrastructure.

The second part will include more conceptual changes, targeting the institutional framework and the attributions of the law enforcement bodies. The document will be further developed, with the involvement of civil society and development partners, subject to extensive analysis over a longer period.

Representatives of the development partners underlined the need for a new approach to the reform of the sanctioning system in the economic field, which is a gradual one, step by step, with the active participation of civil society. At the same time, development partners have shown their openness to provide the necessary expertise to improve the regulatory framework in this respect.