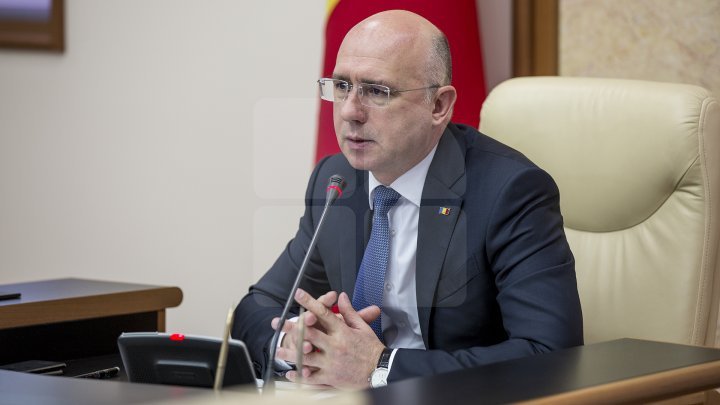 Former Minister of Finance Veaceslav Negruța is under no political pressure, as he recently wrote on his blog. The declaration was made by Prime Minister Pavel Filip, on Replica TV show broadcast by Prime. Prime Minister, who six years ago was Minister of Informational Technologies and Communications, mentioned that in 2012 an auction for the acquisition of 1.5 million passport blanks was supposed to be organized by the Ministry he led. Later, the responsibility fell upon the Ministry of Finance, led at the time by Veaceslav Negruța.

"According to the Government's decision, those from PLDM declared that the competition must be organized by the Finance Ministry. Multiple companies participated and for some reason won those that offered over nine million Euro to print those blanks, when there were also companies that offered to six million Euro" Pavel Filip said.

"In 2017 was launch another auction for another 1.5 million blanks for passports and the same company that once offered 9 million Euro, has now offered 5 million Euro" Pavel Filip mentioned.

The official claim that Veaceslav Negruța was never publicly accused of the situation: "I never blamed Mr. Negruța, but taking into consideration that he was the Finance Minister and was responsible for this auction, I believe the Prosecutors should investigate this case to the end."

Veaceslav Negruța has sued many TV channels that opened this topic.

In his blog, Negruța denies  whatsoever implication and claims to be innocent. Also in 2012, the former official was investigated in another case. At the time, Negruţa received a 3 year sentence, after Ministry of Finance transferred 400 000 Euro to Pantelei Sandulachi, Parliament deputy and PLDM member. The money were offered as compensation for moral damages to Sandulachi after a court's decision was not enforceable.