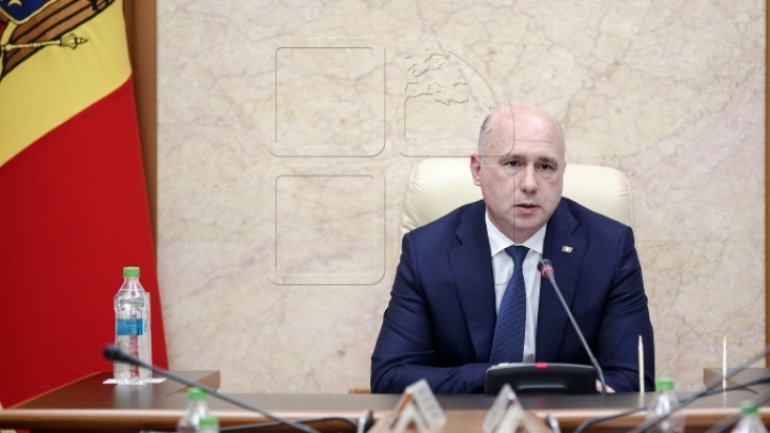 There are strong forces that want the Republic of Moldova to remain in a gray area, not to consolidate democratically and become vulnerable to domestic and foreign disputes. This is the opinion of Prime Minister Pavel Filip.

In an IPN interview, he said that "the greatest risk at this point is to think that there is another project beside the one centered on the idea of European integration."

"There are strong forces who want the Republic of Moldova to remain in a gray area, not to consolidate democratically and become vulnerable to internal and external disputes. I think the greatest risk at this moment is to believe there is another project in addition to the one focused on the idea of European integration."

"No, there is no alternative, and this can be easily seen by observing our history in the last 26 years. There are enough decision-makers who looked to the East without the expected changes taking place, in the meantime, more and more Moldovans left the country for Western Europe, "the prime minister said.

According to Filip, relations with Western partners will help us not only to resist the region or solve the conflict in the Transnistrian region, but also to develop our country at an accelerated pace.

"If we are serious about the relationship with the Western partners, then we will not only resist our region, to solve conflicts like the Transnistrian region but we can grow at a unprecedented pace as well."said Premier Pavel Filip.

Moreover, Pavel Filip said he does not believe in the Eastern model, in models imposed by force, by blackmail or by corrupting political leaders. According to the official, the European model has demonstrated that it brings peace and prosperity.

"The European model was demonstrated both after the Second World War and after the end of the Cold War, peace and prosperity ... [...] Romania is a very good example - even if it was difficult at the beginning, today has one of the highest growth rates in the EU. I have been, I am and will remain an active and involved supporter of The return of Moldova to Europe [...]"

"Europe offers both better life and respect. There are no people in Europe who want to humiliate Moldova, as in other areas. I know that Moldovans are people who are going to evaluate rationally, in the oncoming election, with whom Moldovans are going to collaborate in the EU, "said Pavel Filip.