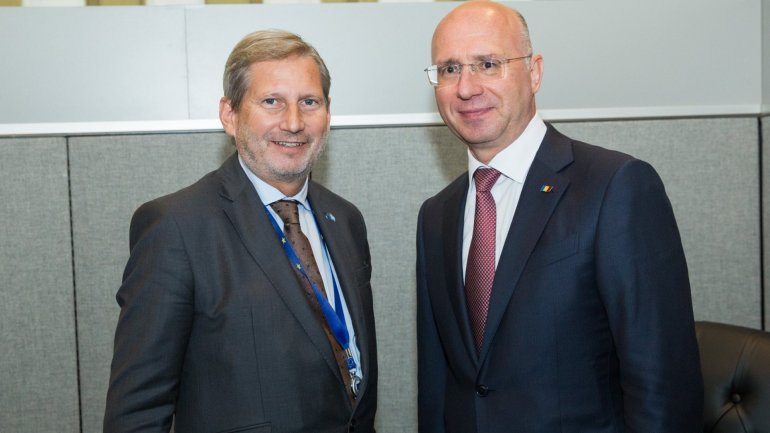 Prime Minister Pavel Filip has met with Johannes Hahn, at UN General Assembly in New York, to discuss the implementation of European Union Association Agreement with Republic of Moldova, as well as which actions should be further taken for this.

An important factor in this communication was the Association Agenda that states what actions should the institutions do by the end of 2019.

At the same time, on the topic of European Union funding, Prime Minister assured the officials that everything will be done in order to fit the conditions under which the money will be provided on the agreed day.

In his turn, Johannes Hahn declared that European Union will continue to support Moldova promoting policies meant to improve living conditions of the citizens.

The two officials have discussed regarding the eastern partnership summit that will take place in November at Brussels. Pavel Filip underlined the importance of this project and that its success will benefit all participating countries and European Union.