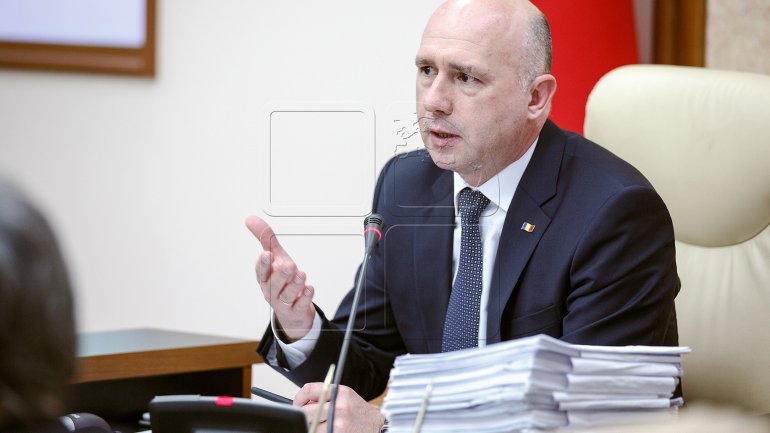 The prime minister Pavel Filip mentioned at the beginning of today's meeting of the Government that the declarations given by the president Igor Dodon in Moscow will not have any effect in Chisinau.

"I will start with the subject which made a lot of commotion in the public space of Moldova, I am talking about the declarations of president Igor Dodon made in Moscow, on the cancellation of Moldova-EU Association Agreement. The Government will not allow any interventions, on the contrary, as you remember, last year we started with a range of backlogs on the Agreement with the EU, but at the end of 2016 we approved a new action plan on its implementation. This EU-Moldova Agreement is a part of the governing plan, one of the strategical pillars, is an agreement in the benefit of Moldovan citizens" said Filip.

At the same time, the head of Executive referred to the declarations of Igor Dodon on a referendum of admission to Euroasiatic Union.

"It will remain a political declaration, it cannot be applied without Parliament and Government. I do not see any opportunity to discuss in the format EU-Russia-Moldova. We have a relationship with the EU and it is a bilateral one. At the same time we have another relationship with Russia, also a bilateral one. Personally I believe in the good relations with Russia. I reaffirm, the pro-European option remains unchanged for Moldovan government".