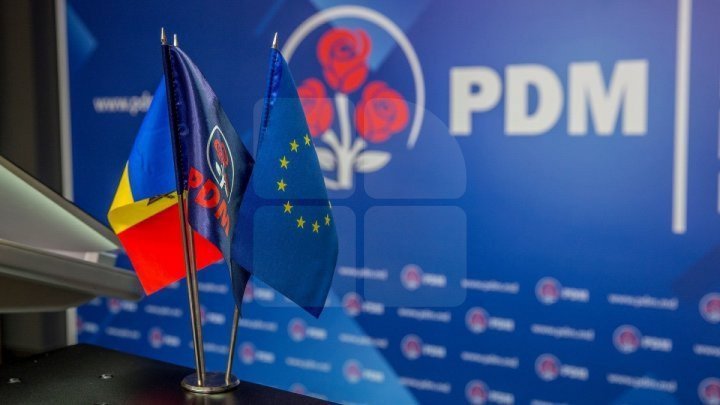 The result of first round of the local election shows that the Democratic Party is ready to undertake its governance roles soon. Despite the unrelenting pressure, the PDM candidates won most of the mayors in the first round and proved they still receive the citizens'support. The declarations were made at the meeting between PDM leadership with the elected mayors as well as PDM candidates who will enter the round two.

More than 350 party members from the territory participated in the meeting with the PDM president, Pavel Filip.

The PDM candidates in the local elections told about the pressures they would have been subjected to during the election campaign.

"In the conditions of aggression, our team has shown that we have succeeded in convincing people. I am personally motivated to go in the second round to win so honestly," said the PDM candidate for the position of mayor of Cimişlia city, Mihail Olărescu.

"It was a very, very dirty campaign, based on blackmail, based on pressure. Even in the last week of the campaign, there were police checks sent by a MP", said Valentina Pisarenco, elected mayor of Cimişeni village, Criuleni district.

191 mayors of the Democratic Party of Moldova were elected from the first round, which represents over 20% of number of mayors in Moldova. 173 other Democratic candidates will compete for the mayoral position in the second round.